on metro: Knock it off, I dare you

Interesting ride in this morning. I was a little later than usual, so the train was more crowded than I’m used to. A few stops in, a trio got on, two men, one woman and they were kinda cuttin’ up during the ride, but nothing too bad. With my headphones on, I was able to easily ignore them. 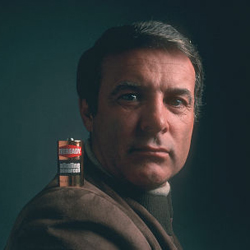 Then one of the men took an open seat, the woman sitting on his lap. He had headphones in and began to sing along, apparently, with whatever he was listening to. I say apparently, because through my music it sounded like he kept saying the same line over and over again. When I turned my music down, it was two lines repeated, heavily featuring the n-word, this particular pronunciation sounding like nik’-uh.

From the way he was looking around at the other riders, it was clear he was doing it for effect, but I have no idea to what end. The man was black, the majority of riders were white. He was dressed in a blue-collar coverall (similar to, but not, WMATA maintenance togs) while most around were clearly white collar with some tourists. His two friends laughed and smiled at his performance, most riders didn’t give him more than a second look but some were… disturbed. Not scared or offended, but clearly uncomfortable.

He’d protected himself in the perfect Metro force field: racially-charged discomfort. Who out of those riders would dare say anything to him or even make eye contact with him? He stopped right before we pulled into my station and he exited there with other passengers. Perhaps the little game had lost his interest or he couldn’t walk and sing at the same time. Craziness on the metro is nothing new, but I don’t mind so much when it’s at least entertaining. This guy was just annoying.

Also, to my co-worker: when it’s 80-something degrees outside and I manage to say a quiet but clear “good morning,” to you and nothing more, I am not grumpy. I am hot and wilted and tired. Believing that you are so interesting a person that I must have volumes to talk to you about will, in fact, make me grumpy and cause me to let you know just how uninteresting you are.