video: now THAT is a tribute

Thanks to spending time with some wonderful friends, I had a great birthday weekend. I’ve also been informed that it’s my birthday week, but more about that later. 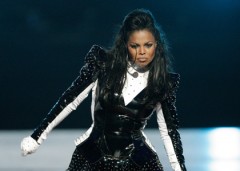 There was much talk today about last night’s VMA and unfortunately people are talking about the wrong thing. When it was announced that Janet Jackson would be doing a tribute to Michael, there was no other option but for me to watch. I will admit that I didn’t know who a lot of people presenting and getting awards were, but I wouldn’t have missed this for the world.

Madonna’s introduction was appropriately candid and honest. It really felt as though Michael was being remembered by his peers for a network that he helped build:

When you look at the faces of the celebrities in the audience, they become young again and the wonder that we all had at Michael’s talent is emblazoned across their faces. Video clips of the entire show are available at the 2009 VMA site.

Oh, and there was some kerfuffle with a rapper, country singer and r&b star… but you can read about that pretty much anywhere else on the internet. 🙄