health: I paid for this!?

I’ve decided that one should not schedule medical appointments–among other things–on April Fools Day. This is not to say that your doctor is going to try to play a prank on you, it’s just that on a day when you’re already primed for jokes, the one thing that really makes you say “Are you kidding me?!” is likely to make you very angry. 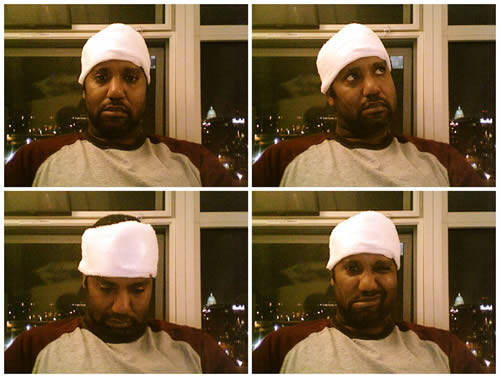 I was able to give up my–surely iconic by now–headwear sometime last week as the area around the sutures finally started healing up properly. It didn’t look pretty, but healing skin with stitches in it usually doesn’t. With skillful use of bandages, I could wear a hat and often did to keep people from staring while riding metro. I saw my doctor on Monday and she looked at my head with the same worrying look and chose not to remove the threads. They also didn’t have any word back from pathology, so… let’s be honest here, I paid $30 for an office visit for her to both tell me nothing and do nothing. Oh, and to reschedule me for yesterday where she did remove the sutures, along with a good bit of the scabbing skin that made them at least somewhat tasteful to look at. For some reason, in the larger lump, the tissue around the biopsy and sutures completely died and came right off along with the sutures when she removed them. Not that she explained this to me thoroughly in the office, you understand. She just kept asking, “Do you want me to put a dressing on it? Do people stare at it?” I said, “No… why? Is it bleeding/seeping?” It wasn’t, but the tissue underneath the lesion is rather stark white. 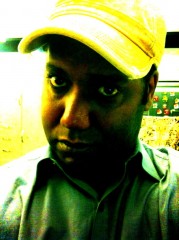 In essence, I’ve got a small crater in my forehead. As my head is not a celestial body, this isn’t really what I’d call a “good look.” Back to the bandages & hats for me.

The long and the short of it is, they don’t know what it is, but the tests they ran show that it isn’t keloid scarring and they want to perform another biopsy. Such fun! I found myself wishing they’d just taken more tissue out the first time. Still, I’m willing to do what needs to be done to find out what’s going on on my head. But again, I paid another $30 to be told “I don’t know what it is,” have a crater of tissues exposed on my head and be booked in for another surgery–which will probably run me another $200 or so. That’s a whole lotta Starbucks mornings I’m skipping to budget this away.

Even more than the cost is the time. I’m not made of personal leave, and there was always this scant hope that I might use that time and money for a vacation somewhere, not using it to recover from surgery and anesthesia. And I have to ask someone to come help me get home–or just stay with me the whole time if they’re willing, so that’s a day out for someone else. Not that my friends aren’t willing to help, but it’s still a pain in the butt since none of us live close to one another. Well, metro close, but still. I guess the cliché “That’s what friends are for” should go here, but *meh.

So I’ll be back in the hospital on Tuesday, hopefully with a good friend–bored out of their mind–by my side. As I expect it will be a near identical visit to my last time, I won’t bother writing about it unless they determine that I’m actually growing a unicorn horn. Even so, I doubt I’ll be as pleasant a patient as I was the last time. One prior operation doesn’t make you a “regular” but when you’re going in for the exact same thing again 2 weeks later, it kinda does. 🙄