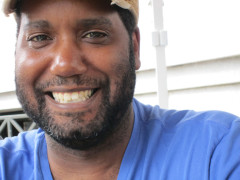 “Are you ok?” is a question I’ve had to answer a lot in over the past week. Well, yes and no. Yes in that I have a diagnosis, it’s got a good prognosis and I’ve already got appointments scheduled to determine the best treatment regiment. No in that I have cancer, a non-Hodgkin’s lymphoma with, as I said, a good prognosis, but still cancer. Or as a friend joked, cancer-lite.

There have been suspicions from the beginning that this was something weird but no idea what. My second biopsy results confirmed it and I’m told that this is a very rare form**, so much so that it’s only recently been classified and my doctor hasn’t even seen any cases of it yet. He took photos of my forehead which may be used at a medical conference*** and while I was relieved at their opinions, the one thing that struck me most was his statement, “You’ll come back in to see me, probably for years.” as this is something that will need to be monitored, probably for the rest of my life. It was that idea that really slammed me, the rest of my life. Most of the materials they gave me have titles to the effect of “Living with Cancer”.

I think I’d like to go back to thinking that this was just keloid scarring. Unsightly, but harmless.

As I said, the prognosis is good, the doctor and nurse practitioner said that 90+ percent of cases have responded well to treatment, and I’m asymptomatic with the only effects manifesting on my forehead. And they want to move quickly, so I have both a PET scan and bone marrow biopsy scheduled for Monday. I don’t expect either one to be terribly pleasant, but I’ll have friends with me.

I may joke a lot about it, to make myself feel better, but I’d be lying if I said I wasn’t scared and freaked out. It’s not that I thought I was invincible, I mean I knew as I approached 40 it meant a whole new level of getting checked out and taking care of oneself, but I honestly didn’t expect this. (Albeit, that’s sometimes just how cancer is.) There’s no history of it in my family, and my own history hasn’t had anything–travel, exposure, poisoning attempts–that might explain this. Well, I can’t really speak to that last one as I have more or less actively dated in DC for the past ten years. One is bound to pick up enemies along the way.

Right now I’m far more likely to grouse about the impending inconvenience of the appointments and treatments and who knows what else. This is the time when being single and car-less in DC feels like a real pain in the ass.**** With the majority of my doctors working out of WHC, moving to SE DC is feeling like a bonehead move. In any case, I’m ok… and I’m not ok, but you can’t always be prepared for what life’s going to send your way.

* So that’s C + ancer = Cancer. Not a C followed by a tiny dancer, which may have been an actual sketch on The Electric Company.

** Yay, me! If I’m going to get a form of cancer, it may as well be something new. How fashionable! I feel so in the now.

*** Again, yay! The doctor took photos with his Droid phone then proceeded to have no idea how to find or retrieve them. “I’ll figure it out,” said he.

**** Speaking of bone marrow biopsies… they’re taking it out of my hip. This is officially the worst reason for me to be walking funny, ever.