The reviews for The Last Airbender have, so far, been delicious in their hatred for the movie. It seems that our culture always needs a whipping boy, so to speak, and this movie is the current one bent over with its pants down. It started off with Roger Ebert’s 1/2-star review and has since trickled down from there. I wasn’t planning on seeing the movie anyway due to it’s casting “decisions”, but while I didn’t expect the movie to be great, I at least thought it would be good. I haven’t been that wrong in a long time. I was worried with M. Night Shamalamadingdong at the helm, but even poor movies lately have been made amazing due to special effects and cinematography. 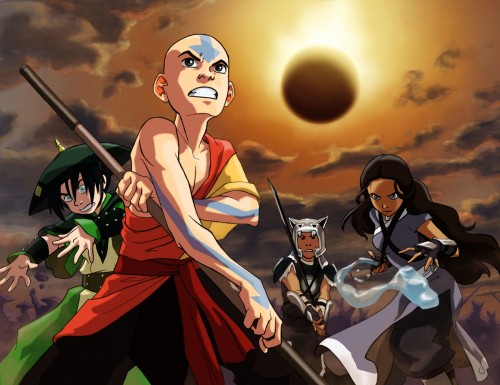 Yeah… apparently not. It had gotten so bad, that I was inventing a drinking game for the reviews:

It really kinda writes itself, even if my friends say I can turn anything into a drinking game.* But then I read this review from io9, “M. Night Shyamalan Finally Made A Comedy” by Charlie Jane Anders. It was akin to the comedian dropping the mic and walking off-stage at the end of a set.

Shyamalan’s true achievement in this film is that he takes a thrilling cult TV series, Avatar: The Last Airbender, and he systematically leaches all the personality and soul out of it–in order to create something generic enough to serve as a universal spoof of every epic, ever.

I think everybody who has criticized Shyamalan for casting white actors as Asian characters in this film should admit they were wrong. Clearly, Shyamalan tried to cast Asians, but he just couldn’t find any whose performances were lifeless enough.

I was happily boycotting the film and waiting on it to hit the internet or Netflix, but as my friend remarked, “You know, it’s not an effective personal statement if I boycott a bad movie. Dammit!”

Still, the Independence Day weekend isn’t over and there are even more reviews yet to come for this film. I will raise my glass high and then slowly empty it as I read each and every one.