I’m the best there is at what I do. But what I do best doesn’t matter much outside this place.

With all apologies to Stevie Wonder and Chris Claremont…

Recently, a very good friend who works for a very good company put my name in as a referral for a job. This company, whose name happens to rhyme with the last name of the United States’ 16th president, was never really on my radar as a place to work for, however it was still pretty cool to get a call from a talent sourcer expressing interest in me. Even if it’s just going through the motions, hearing, “We’re interested in seeing if you’re a fit for our web development team.” without my having to do anything? Nice. 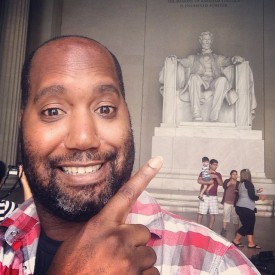 To alleviate any pressure or suspense, I’ll skip to the end part first, I’m not a good fit for the position and it was not offered. This much I already suspected halfway through the phone screening. I hate phone screenings. I realize they’re the most efficient way for recruiters to weed through the resumes that made it past the keyword scan, but so many of them nowadays involve open-ended questions, “Tell me about your experience with [keyword]…”

In a face to face interview, this isn’t so bad because I can get visual cues from who I’m talking to and better switch my train of thought. But over the phone, I just feel like I end up droning on and on well past either what they wanted to know or talking down a path they don’t care about. And for this screening, it became obvious that they were really looking for intermediate to advanced experience in a particular skill, even if that wasn’t the focus of the call. I tried not to let my disappointment overshadow my lack of qualifications. I’m still not sure which is larger. Add to that they want all their web developers on the other coast and it was more or less a done deal that even if something was offered, I’d probably turn it down.

Still, it was nice to be oddly thrown back into that game of career advancement, even if it might only be slightly sideways.

I’ve been working where I am for 11 years, and in the same industry in this city for nearly 19 years. I am very good at my job, but… frankly that doesn’t mean a whole lot outside my job. Something another friend and I were chatting about over brunch recently. It’s like moving from elementary school to high school–I didn’t have junior high growing up. I’m an eighth-grader, king of these tiny little claustrophobic halls, kneel before Zod, etc. And then I go to high school, as a ninth-grader. We weren’t even called freshmen, we were “sub-freshmen”. That fear of a new environment persists.

That slow, dawning realisation that staying at this job is actually hurting my skills and career advancement. Ugh.

And it’s not that I don’t know how to do anything. I can do a lot when it comes to web development, but what’s needed at my job doesn’t necessarily keep pace with other companies out there. Learning new skills is great… when you get a chance to use them on a regular basis. In the past, our bosses have been very excited for us to go to training classes and bring back certificates to hang on our cubes. At one point, I had a stack of them a half-inch thick, all for skills I did not and would never use at my current job. I’ve got to figure out a better way to keep myself current, skill-wise, and a way to actually practice and improve what I do know outside of work.

Still, overall it was a good reminder that while it’s great to be comfortable in your career, sometimes that comfort is both a blessing and a curse. I won’t be quite so terrified the next time I have an interview and, at the least, I’ll try to be better prepared. 🙄