I work in a fairly open office plan. Our desks aren’t exactly cubes so much as they’re angles. There’s not a lot of noise control… in fact, there’s none. Typing, ringtones, phone alerts, a LOT of cross-chatter, it’s all there. And unfortunately, I sit next to a team lead, so people are dropping into their desk all the time to chat about work stuff, or just chat about chatty stuff since this colleague is inordinately friendly1. 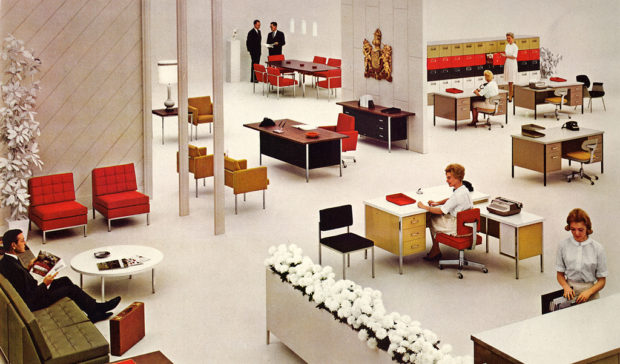 Yesterday, another employee higher in the hierarchy stopped by and was socializing with them — most of which I can’t not overhear — this person is married with kids and said, “I always thought I’d work in a ‘professional office’ one day. Where people are hardworking, don’t goof off, don’t tell inappropriate jokes. You know? Professional.”

Then about 30-minutes later I see this same employee off to a meeting with their boss responding, “I don’t know what it’s about, but he told me to grab the K-Y.”

I don’t know which is more disappointing: the irony of their really incredibly stupid and homophobic joke or the fact that, because of the aforementioned open office plan, this “joke” was broadcast to at least 4 or 5 rows of workers. Awesome.

1 I think another word for it is “nosy”.