I am stuck in a rut. This isn’t surprising, really. Ruts are comfortable, habits are easy, keeping things even-keeled is very attractive. Change isn’t necessarily scary for me, but putting forth that effort is… a little. As if I’m keeping things in stasis like some perpetual readiness for something — anything — to go wrong. I’m not stuck, I’m prepared, that’s it!

It’s not as if I don’t do things. I do lots of things! But they’re mostly the same things. I have a routine and while it’s not bad, it’s not happy about having its cycle broken. A sharp contrast to when I first moved to DC, or even first started this blog. And worse, making the decision to “do different things!” is far more comforting than actually following up on that and doing them. It’s a trap!1 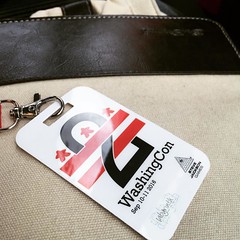 To be honest, I don’t even really have a plan yet. Though the need to come up with one is becoming more apparent every day. These past two weekends, I did different things, for me. Attended a gaming and then a small-/self-publisher comics convention. I saw friends, met new good people and it stirred up the creative juices. It’s gotten way too easy to post press releases2 and then not really bother going to the events. I used to “blame” the fact that no one else was going and I didn’t want to go on my own, but when I weigh that against not going at all, it’s not really a good argument. Sure, I’d love friends that are interested in the things I want to do, but I’m more likely to make those friends going to those events instead of waiting for them to magically appear, right?

But even the little changes could use a kick in the pants. Most notably… brunch and to a lesser degree my other food/drink experiences. This past Sunday, I went to one of my usual places — if you follow me on social media, you probably know which one — and it was no longer “magical” which is the same phrase I used to describe an experience a month or two ago. I’m a “regular” at I’d say 4 places and I tried to space them out so I only visited each one Sunday a month. And while they’re still “fun”, going to places over and over, you start to see the cracks in the facade. The magic disappears. 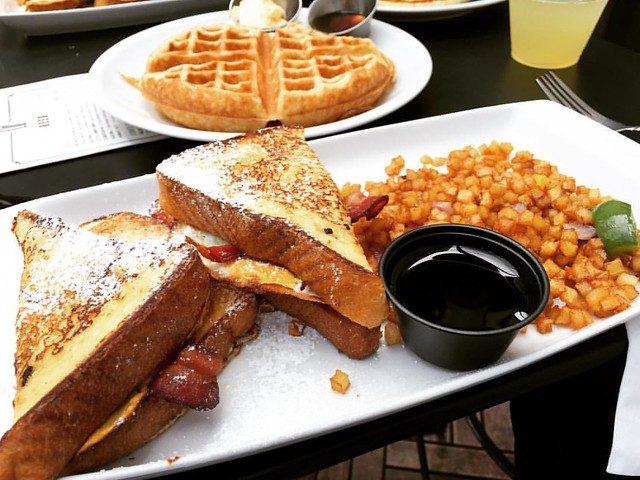 In the hopes that it can be regained by taking a little break, I’m going to try — TRY — to go more new places on Sundays, metro/Uber/etc. willing. No repeats for a while, no falling into the familiar. Saturdays are generally spent with a friend and we already try new places, or at least don’t repeat ourselves all that much.

I had a birthday last week and ended up mostly just staying in and cooking or having a cocktail at home because every time I thought about getting up to go out for something by myself, I was like… “Nah, that’s the same thing I always do.”

It feels like I’m doing myself a disservice if I call myself a blogger/writer, or call this site a city/lifestyle blog, if my lifestyle is more or less stuck in a rut. So here’s to trying new things, people, places, concepts… LULU!

2 Not that there’s anything wrong with that.