Last night I made the stupid mistake of not factoring in HWB (hailing while black) time when trying to get a cab from Halo to Firefly for dinner. All told about 9 cabs (with no fares inside and with their service lights on) passed me by even though I was standing in easy to retrieve spots, and one woman almost stole a cab from me, realized I was there before her and tried to give the cab to me, at which point the driver drove off. I’m used to being super early when I take time for metro or bus into account, but there are some nights I wish I could just walk out to the street and hail a fucking taxicab with no issue. It almost ruined my entire evening, until the one cab that did stop had a driver that decided to tell me about going out and chatting up this white woman with a big ass, “I love women with a big ass!” he said. That did crack me up for a bit. 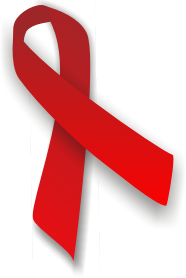 This morning while I was riding the escalator down onto the metro platform, there was a train that had been there a while, I’d heard the “doors closing” announcement 3 times already. On the platform was a woman, moving slowly, pushing a stroller with one hand and leading a small probably just-started-walking child about as bundled up as Randy from “A Christmas Story”. She was heading for the door, the next train was 6 mins away, and “doors closing” chimed out again. She insisted on making that train, got the stroller in the now closing doors where it got stuck. For some reason she pushed on it and it got onto the train, doors closed while she and her child were still on the platform. Now, people on the car did move to grab it and one moved to notify the conductor to stop, and the train did stop and the doors opened. My problem was that the woman’s whole attitude gave the impression that the conductor should have seen her and left the doors open. Why yes, we should hold up everyone else on the train because you don’t want to put your child in the stroller or pick them up, or fold the stroller up or make any effort on your part to speed yourself up when you clearly can’t wait another 6 minutes for the next train.

Later this morning, at the Starbucks it took me over 20 minutes to get my Vanilla Latte. Oh yeah, all’s right with the world again. I love DC, I just hate the people in it.