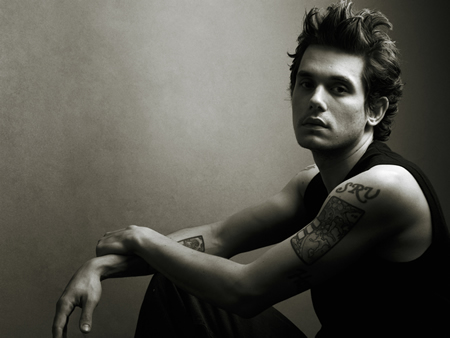 I think the first “skin” post I had since the new look was of John Mayer on the beach. I posted it because he’s cute, of course, but mainly because when he let his hair grow long, it’s usually an untamed mop and it was nice to see it under control (more or less).

As seen above, he’s looking quite hot again as part of the new GAP ad campaign, but that’s secondary to a recent post on his blog about drug and alcohol arrests at his concert this past weekend:

In looking to the future, I hope that this will serve as a wake-up call to young fans who may be thinking about engaging in illegal activity at one of my concerts. If I happen to be walking backstage and I see any of you young men passed out drunk on a stretcher, make no mistake about it, you will come-to in front of your disappointed parents with a face full of Sharpie and the sneaking suspicion that you’ve been teabagged by one of Time Magazine’s 100 most influential people of 2007.

So John, my question is, do I have to be drunk and passed out for you to, in the words of Louie from The State, “dip your balls in it?”

In the same vein comes this deleted scene from a recent popular comedy, but there was no mention of a Sharpie…

NSFW for language only. If you have headphones on, it’s all good.