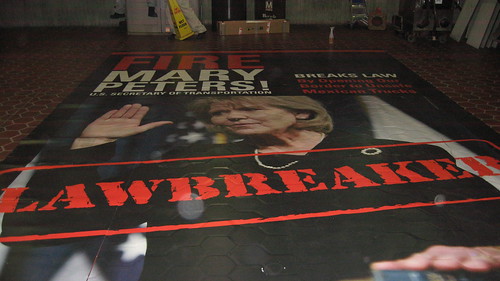 This had just been pasted to the floor of the Navy Yard metro station when I was leaving the office on Weds. It had a link to the website Fire Mary Peters. The Navy Yard station is across the street from the Department of Transportation’s new HQ.

When I came in this morning, the floor ad was gone but there were 4 or 5 posters up in the usual advertising space. That’s kinda messed up tho, badmouthing her where she works and in such a way that almost all the employees under her are going to see it.