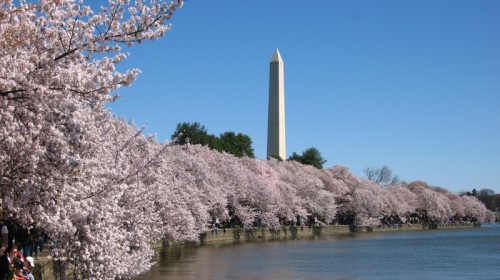 I’ve been in DC over 10 years, and I go each year. I know what they look like, I’ve seen them in rain and shine, and it still doesn’t matter. You have to see the Cherry Blossoms. Even though ever since I got here, they’ve been the primary cause of my allergy-related woes. It’s to the point where I don’t ever have to look up when they’re budding/blooming… I just know.

Still, when it’s a beautiful day outside, it’s totally worth it. I drugged up and met James for a nice photowalk around the Tidal Basin. What I didn’t realize was that we decided to go on one of the busier festival/parade days, so it was a tourist explosion. But even with the wind and very sunny sun and camera- and stroller-wielding tourists, I got some great shots. 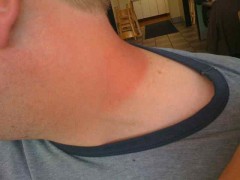 We walked all the way around, hung out at the Jefferson Memorial for a bit and then made our way through a throng of tourists across The Mall and Pennsylvania Avenue to get to metro to make the 3pm pillow fight. I was doing great on allergens until the wind caused a few dust storms around the fountain in Dupont Circle. I suppose after over a decade going down there, I might not mind skipping it next year, or at least not going on the biggest tourist day of the festival, but it was the first confirmed gorgeous day we’ve had in a while–for which James and I both paid, but he worse than I.

Even with this morning’s rain, I can now see pockets of sunshine breaking through the crowds. So for all the sayings about March being a lion and a lamb & April showers and May flowers, I just hope the gross winter-like weather is behind us and we can have our week or two of DC Spring before it turns right into Summer. 😳