My shoes are too tight and I have forgotten how to dance. 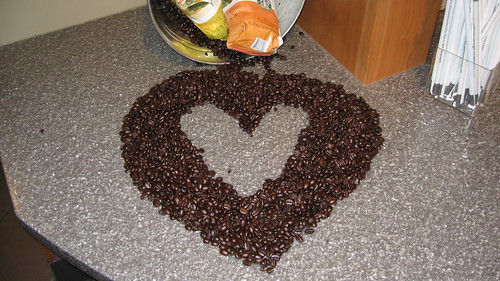 Long story short, I didn’t make it to the AIDS Walk, I’m not pleased about it, but it is what it is. I was absolved of my guilt by someone appropriately empowered to do so, at least.

Otherwise, I am exhausted. I know I didn’t go through anything close to what Justin did in the hospital, but it was certainly outside my routine to visit and help him out this week. After I had lunch today, I sat down on the couch and I figured I’d just listen to tv and close my eyes. 3 hours later — I realized that I really must have needed the sleep. He was discharged yesterday, we got a cab out to his car and I took him to get some groceries and fill his prescriptions then drove his car back to my place. This week is the most driving I’ve done in a little while, and his SUV is kinda jeep-like and the top was up… with no rear view mirror “hole”, so that was quite the experience using just the side view mirrors to get my bearings. Thankfully I found a spot I could just back into without having to parallel park, but my anxiety was up a little bit on the way home hoping that no one would tailgate me.

Speaking of cars, I sincerely hope that karma strike this guy down. After Justin got his release papers, I went downstairs to hail a cab. I generally have trouble hailing a cab in DC for various reasons at any non-busy time of the day, and George Washington Hospital is in the crappiest location for getting one, it’s right off of a traffic circle, it’s right next to a metro entrance, and there are two shuttles that take up valuable standing space along the yellow zones, so cabs can’t really easily stop. The two cabs I got to pull into the underground driveway for patient pick-up and drop-off drove off when I turned away to get Justin from inside, which I couldn’t believe, but the best awaits me. I finally flag down a cab, tell him where we need to go and that my friend is moving slowly post-discharge. The driver had no problem with that, and I put my briefcase and one of Justin’s bags in the back seat and went to go get Justin. When we make it out of the door I see someone leaning at the cab window, I assumed asking if he was free, and the driver is of course trying to figure out if he’s going our way, all pretty normal. Then I see this guy pulling my stuff out of the back seat and putting it on the ground, then getting into the cab, our cab! I tell him that this is our cab, and that my friend’s just out of the hospital and the guy rudely responds, “Well come on then and get a move on, I don’t have time for this!” We just told the guy to take and we’d find another one. At that point, I was not in the mood to fight about it and it wouldn’t have gotten us on the road. I suppose I’m lucky the guy took my stuff out instead of just letting the cab drive off with it.

I have had cabs sniped from me before, I’ve had cabs taken by people that were after me, but the cab driver clearly preferred their look to mine, and I’ve had tons of incidents where the cab wouldn’t even stop without so much as acknowledging my presence. But that is the first time I’ve ever had a cab sniped from in front of a hospital. I’m still in utter disbelief about it, who the fuck is so self-absorbed that they figure, “That sick dude can’t even walk fast enough to get his own cab.. bonus!”

So everyone, this week, try to do just one selfless act. Help someone else out for no other reason than because you can. I know true selflessness is kinda hard to accomplish, like a perfect zen state, but you know what I mean. Pay it forward, help a brotha out, Golden Rule, whatever works for you, send out some good energy. It will grow and find its way back to you.

And if I see that asshole again, I’m gonna cut him. Hello. My name is urban bohemian. You stole my cab. Prepare to die.