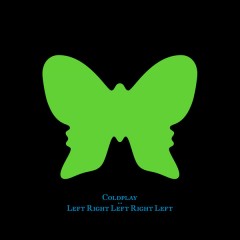 I didn’t bother to post this one earlier as people would have barely been able to get through to the site. Coldplay is offering up a free download of a nine-track live CD, also being given to those attending their current concert tour.

Today is also the day of the band’s first North American tour date, in West Palm Beach, where the first copies of the LRLRL CD will be given away.

The CD will then be handed out to all fans at every remaining Coldplay live show in 2009 (apart from Festival shows). The free download will also be available from Coldplay.com until the band play their final 2009 show.

So far, their last show of 2009 is listed to be on September 19 in London at Wembley Stadium, but I doubt the fans who weren’t able to see them in concert will wait that long. I’ve already listened to it through once and of course played Viva la Vida twice. Love that song so much! I can only hope other artists I like follow suit and realize that it’s not always about “losing something” by giving away free music, but also rewarding fans, sharing love and increasing exposure of their art.