reality: there’s no whining in fashion!

I don’t watch Project Runway (or any reality shows, they’re a deal-breaker for me) but found the following part of a critique of a recent episode by Tom & Lorenzo–shared by friend J. M. Kincaid–to be both hilarious and appropriate: 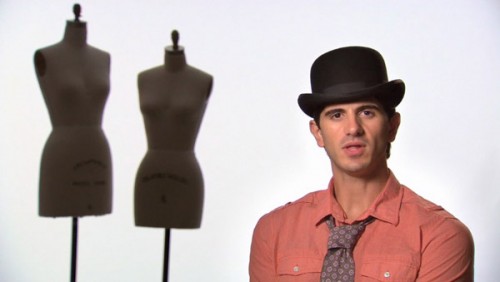 Apparently recently auf’ed contestant Jason Troisi had been a bit of a diva wannabe on this episode which, frankly, comes across to most as just being an asshole. But what prompted the above tirade, and might elicit one from me in the same situation was his statement to Tim Gunn, “I’m a straight man in a gay man’s world,” and his feeling that he should be cut some slack for that.

A quick search shows that nearly every season has had straight male contestants, but I can’t speak to whether they were just token “minorities” or not. Still, when I look at the dress he created, I uh… may not be a fashion designer, but I know what I don’t like.

Safety pins… as a backup plan… really!? I’d make a joke about my jeans circa 1989 calling, but I’m sure the internet’s already got it covered.