Artist Julio Salgado has engaged in a POC TV Show Takeover! Recently there was some outrage–which I got caught up in a little bit–about a supposed “group” of Star Wars fans who were upset over Episode VII: The Force Awakens because the leads were a person of color and a woman. While its origins may have just been a well-crafted trolling effort1 by a few twitter users, it still sparked conversations. Conversations that we’ve been having more and more about race, representation and culture.

Salgado’s re-imaginings look at some of the shows we couldn’t get enough of and what they might look like cast in different settings with people and families of color. 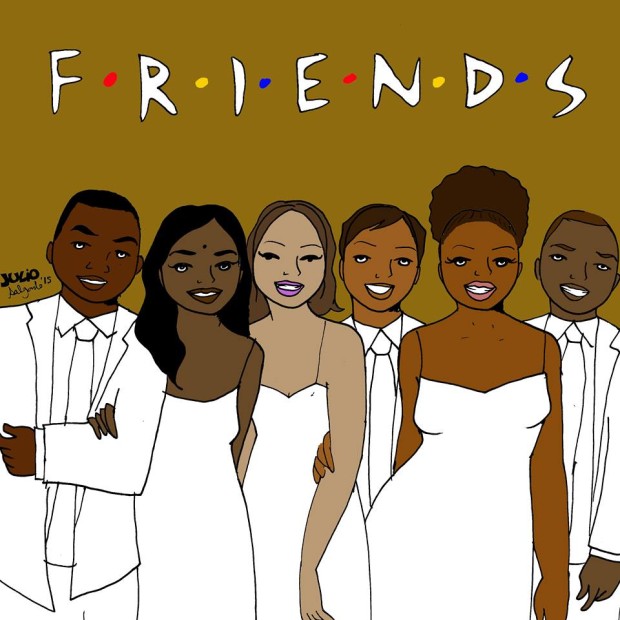 My version of Friends is set in Oakland. They are mostly college students of color that met at a multicultural center. You’ll see them at protests and rolling deep at First Fridays rolling their eyes at white people taking up too much space.

I grew up watching a lot of sitcoms and rated R TV shows. Why were we obsessed with a bunch of white people hanging out at a coffee shop? Why did a fast-talking mom and daughter stole our hearts? What was it about the friendship between a gay man and a straight women that glued us to a TV every Thursday night? Well, they were very well developed characters whose (mostly white) creators were given a chance to create. Even tho I was obsessed with these shows, there was something missing: people of color. 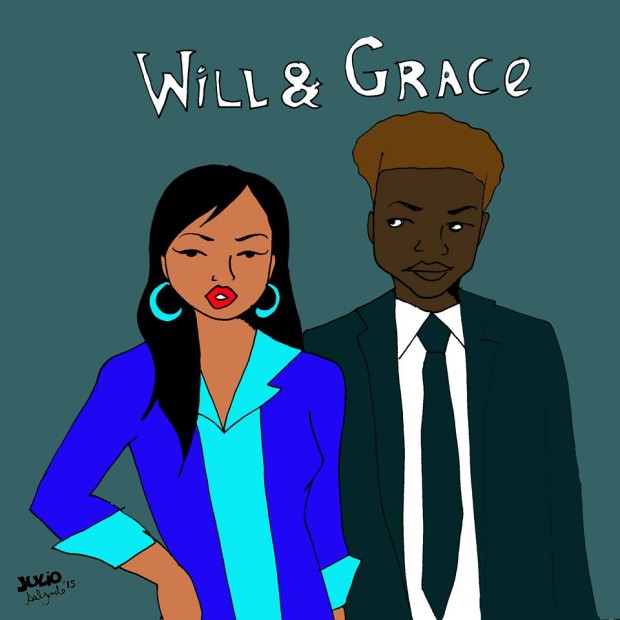 Grace is a Korean-American fashion designer living in San Francisco with her best friend Will, a black gay immigration lawyer.

NOTE: These images are sooo not meant to forget about POC shows. These images came out of analyzing the way white people get pissed off when a character that is supposed to be “white” and then made into a POC. So my intention here is to be confrontational and turn popular white characters into POC characters. 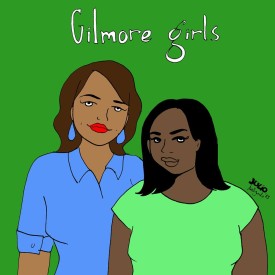 My version of Gilmore Girls is based on my mom and sister. When we first moved to the U.S. and my sister became really ill, my mom gave her one of her kidneys. That’s a bond that they will cherish for their rest of their lives. 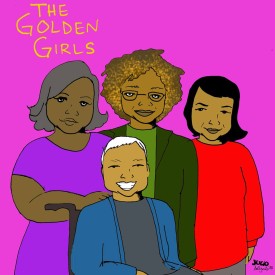 This version of Golden Girls is all about social justice and it stars Miss Major Griffin-Gracy, Angela Davis, Dolores Huerta and Grace Lee Boggs… may she rest in power.

You can see the entire gallery at his Facebook page. There’s so much to love about these. And there are always talks of bringing back or rebooting popular sitcoms, maybe it’s time for a change.

I see a lot of nerds/geeks in the comic book, video game, sci-fi and other arenas talk about pandering or forced diversity when non-white (and non-man) characters are placed into works–the term SJW is thrown around a lot. However, even though you’re the majority and catered to in every form of media that exists… that’s still pandering. It’s just pandering that doesn’t bother you so much. 🙄

1 I try not to write off trolling as “just a joke” and “meaningless”. Because it’s done to get a reaction out of people who don’t know or care that it didn’t mean anything to those who started it.