Back to the Future is History

Today’s the day, but I noticed this gem earlier this week.

After this week, Back to the Future will take place entirely in the past.

Yep, the events that took place in The Back to the Future Trilogy are now officially all history: 1985, 1955, 2015 and 1885. All of which, by the rules of the franchise, would be considered alternate timelines anyway and have no effect on us at all. 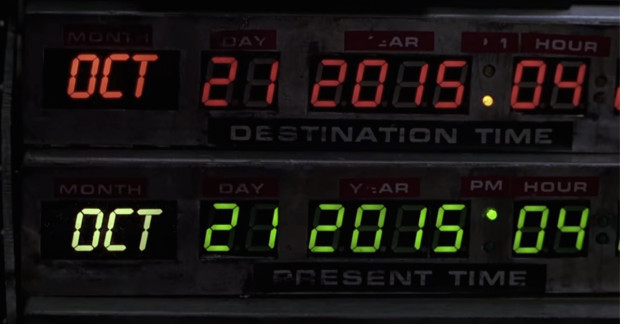 Perhaps now we can finally put all the memes to rest! It’s always interesting to see what films from the past or present try to predict about the culture of the future, and even “30 years ahead” was pretty ambitious for a movie out in 1989. But as we now know, no one could have predicted this…