During a long overdue brunch with a friend this past weekend, our conversation turned to the internet, a lot. He works in PR with strong digital skills, and I’m just an internet nerd. Both of us from the old school.

He mentioned that the Washington Post Explainer, aka “What was Fake on the Internet this Week” had stopped (a while ago). Partly because many of the sites that deal in satire and hoaxes are making it easier to detect, but mainly because people would rather believe the hoaxes than have them debunked.

…institutional distrust is so high right now, and cognitive bias so strong always, that the people who fall for hoax news stories are frequently only interested in consuming information that conforms with their views — even when it’s demonstrably fake. 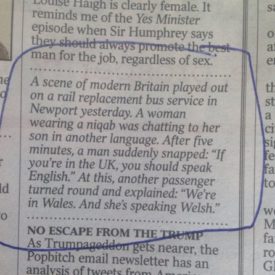 It doesn’t exactly feel like confirmation bias all the time. I’ve been told by people who are — at other times — regular visitors to Snopes, that they’re ok with a feel good story being completely apocryphal 1, even and especially when it’s proven to be fake. Or worse: staged. Even arguing that it doesn’t matter if people are spreading ridiculous misinformation.

I admit, it’s that last bit that irks me. Even when I caught myself doing it. The Times Diary printed a blurb, based on a Facebook post that went viral, but has many similarities to anecdotes that have been passed around for years. Mostly designed to ridicule the “take our country back” crowd — not undeservedly. I shared it, without thinking, because it’s honestly way too easy to do that! And the more I read it, the more I thought, “Nah…” but by then the genie was out of the bottle on that thread, and outside my small sphere, the internet at large. 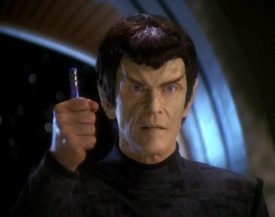 The outlets posting it didn’t really care whether it was true or not, it would get them clicks and views and ad revenue. And while I occasionally rant/tweet/blog about it, I understand why the Washington Post threw in the towel. It took me long enough to get my parents to research a story before sharing or e-mailing it out. Who has the patience to pop up on every Facebook thread or Twitter reply chain to say “It’s a fake!“?

I recently saw a hoax/satire article about Palin from a site that deliberately weaves real news into their fake news shared to Facebook. By the time I could comment, people were already posting screen captures of retaliatory tweets and messages they’d posted to Palin in response. Which tells me it’s likely they didn’t even click through to the site, as the “show/hide facts” buttons might have been a dead giveaway.

Just like scammers and spammers, now is the age of internet hoaxes and satire and attempts to go viral. This is just the online world we made, I guess! Stay safe out there, y’all, and don’t accept any wooden nickels, no matter how attractive those headlines are.

1 As much as I love that word, I never thought I would have reason to use it so much. Thanks, Internet!