Three is the Magic Dancing Number

Thursday, Friday, Saturday… someone please tell me not to do this to myself again. The stars had aligned and different DJ friends had three different nights, three different venues, all in a row. And because I really needed a night out (or apparently three), I dutifully showed up to each event and proceeded to dance my ass off… and perhaps drink a little more than usual. I’m currently recovering from a wicked sore throat which I think resulted from a drink on Saturday night. But I digress. 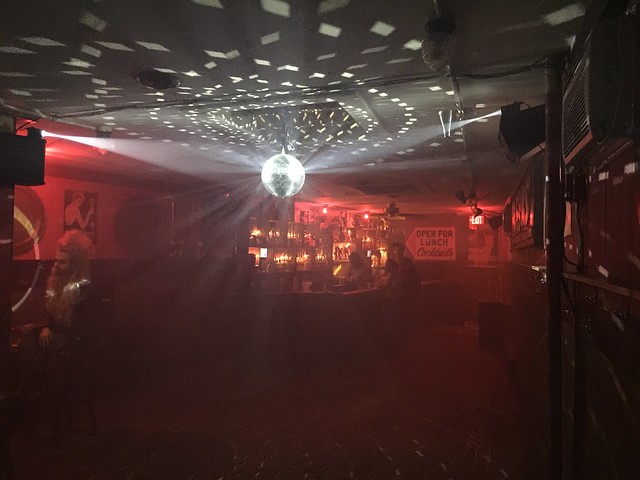 First up was Sleaze, a monthly party “blending the darker sides of disco with forward-thinking techno”. Which is totally my jam, they often have live performances as well as amazing DJs and it’s upstairs at The Wonderland Ballroom which is kind of a dive, kind of cobbled together. Like in Absolutely Fabulous episode Happy New Year when they’re going to a “club so hip, it isn’t even a club!” and it turns out to be an underground parking garage.

I was actually even more naughty, as I stayed and danced and caught a bit of the live act, then snuck out and headed home, then to another bar where it was “Shirtless Men Drink Free” night.1

I may have gotten home a little too late and been struggling the next day, but at least I was working from home! So after eating everything in sight after a nice long walk to get lunch and perhaps a nap and then some dinner I headed out to Otter Crossing at Green Lantern. 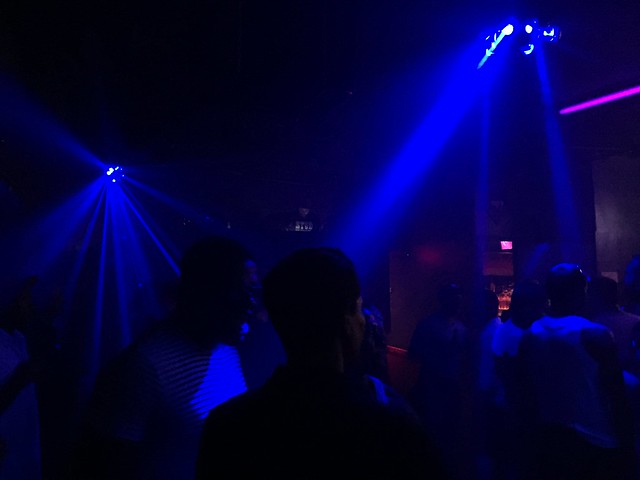 I used to frequent Green Lantern a lot in my “youth” when I lived just a few blocks away and in recent years, I’ve ended up back a lot for monthly parties or just to stop in for a drink or two. It’s always a good time and the crowd likes to dance… eventually. For some reason, it always takes them a while to warm up. Which is weird, but I guess the DJs know they won’t need their A game until later in the evening.

I even broke my usual rules and chatted with strangers. Who the hell am I? Still, it was a good time and again, not heading home until around 2 or so in the morning had me hitting up IHOP lest I become unable to actually lie in bed without the room spinning. And I needed the sleep because plans were still afoot for Saturday!

Thankfully, there was no work, just a nice brunch with a friend and then over to SAAM Arcade at the Smithsonian, but more about that later as there was no dancing. Except for the Dance Dance Revolution machine.

After seeing Horse Meat Disco at the beginning of the year, my tolerance for “middle of nowhere” (to me) has gone up slightly. But for the most part, I go out by myself, so unless I can get a ride with people or get a car directly to the location, I’m still wary about heading places I’ve never been or areas I’m unfamiliar with. But when vouched for by friends, I’ll do my best to show up and support. 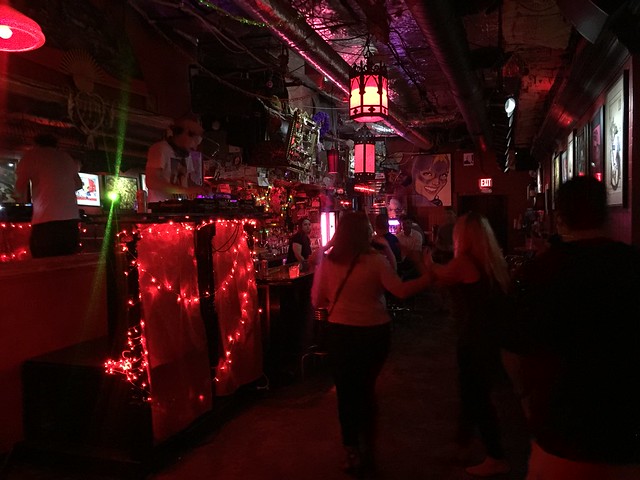 And those three friends currently comprise Phunked UP, “a phunked up groovy disco soirée” that had their first montly party over in NE at Jimmy Valentine’s Lonely Hearts Club, a sort of lurid lounge with a touch of dive, all done over in red. Like… really red.

Basically a root beer flavored slushie with a lot of vodka. So brain freeze plus instant drunk. AWESOME. Though it was offset by the dancing. Again, so much dancing. My poor Fitbit didn’t really know what to think about my midnight “workouts” but I was definitely feeling it the next day.

On Sunday, I rested. I didn’t even go out to brunch, I ended up being lazy around the house, drifting in and out of naps and just grabbing some food from local spots. Not exactly adhering to my brand, but y’all, I was worn out! Part of me is really glad these parties are monthly and not every week because I’d still really want to go while fighting with the “you should know better” part of my nature.

It was still a really fun “extended weekend” of nights out, but next time I really will prepare better, like taking days off, or taking more naps, or having some easily reheated meals handy, or perhaps just an adrenaline shot in a freezer by my front door. Whatever works!

1 It was also “Men in Underwear Drink Free” later in the evening, but my dear readers, the less said of that, the better. 😉