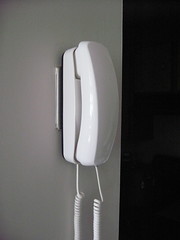 I realize that I forgot to do anything to observe April Fools Day this year. In lieu of a joke, it is understood that by reading this sentence you agree to the terms and conditions of having been pranked. Ha!

My morning rituals are going to change. My home morning routine is pretty undefined. I might check e-mail or rip a cd to my iPod before hopping in the shower. I rarely turn on the tv, maybe I’ll iron the shirt that I should have done the night before, but usually getting out of the house is pretty straightforward. But the work morning routine is more involved. I like to do the Sudoku puzzle on the way in and finish it at my desk, finish at least one ColorJunction puzzle on my Google homepage and read up on my RSS feeds and webcomics. At some point I’ll head out for Starbucks, or if it’s nice I’ll go straight from the metro. With Betsy out, I don’t think anyone else will get in early enough to go with me for coffee now.

Now coming in I greet tons of e-mails from the afternoon/weekend and a few voicemails of people calling out late or sick. Monday mornings are meeting mornings and checking up on items and making sure no customers are crying foul. – *blegh

On a good note, I just received a call from Metro customer service who apologized for the employee’s behavior on Friday morning and let me know that while there is no posted policy regarding photography in WMATA facilities, their employees are asked to keep an eye out for suspicious behavior which photography could fall under. However he agreed that she should have told me that and perhaps asked to see what I’d taken a picture of instead of becoming defensive and refusing to respond to my questions. He said that mine wasn’t the first complaint about that station on that shift or about customers taking pictures. It’s nice to know they follow up.