in DC: do you have a number or something?

When I posted last week’s observed encounter worthy of Holla Back DC! I didn’t think I’d have my own moment not too long after!

After getting in from work Monday evening, I decided to take the Circulator over to Barracks Row to fill up the booze stocks in the apartment. Difficult as it may be to believe, I haven’t had a proper martini in my place since moving in. Chat’s Liquors got great reviews on Yelp, so it was my designated target, the bus dropping me off barely 2 blocks from the store. Canvas bags in hand, I boarded the bus at the next to last stop before the route starts up again. So we were sitting outside the Navy Yard station for about 4-5 minutes. 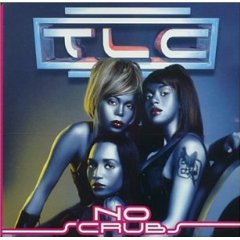 I was already doing the “stare straight ahead” because of a woman of questionable sanity and her baby seated near me. She was either harassing or flirting with the bus driver, I couldn’t tell which. Though I wish I’d known it was an omen. A few people got on the bus, fumbled with bills, change or SmarTrip and took seats. I happened to be looking up as this one guy got on, and unfortunately there was some very brief eye contact, but within those milliseconds, a big grin formed on his face and he sat down right next to me. There were plenty of other seats available, but no, he sits right next to me and doesn’t just sit, but kinda pressed himself in, constantly fumbling with something in his pocket on the same side I was sitting. After a few internal eyerolls, the bus got moving along.

I was more interested in checking the GPS location on my phone out than anything else because there are certain points down here where it puts me about 6 blocks away from where I really am. But I did notice that he kept looking in my direction–it was impossible not to notice, he’d positioned himself so close to me. Because of this approach, I was expecting him to ask me for money or try to sell me something. None of the signs were pointing towards this:

Excuse me, but uh… where did you buy your jeans? They look really nice.

… really?! Still, I was on somewhat more familiar ground. It’s been a while since I’ve been cruised like that, but it let me relax my guard an iota. I wasn’t interested in the least, but it’s still a tiny bit flattering. However this guy’s approach was very denim-centric. More questions about the jeans, the label, the cost, where I got them. He made more comments about how they looked good on me–nearly impossible to tell in a bus on a dark & rainy evening. My replies were polite, but curt. Any normal guy would have gotten the hint and slowed his roll.

We approached my stop and even though I’d just pressed the button, he made a big show of reaching over me and pressing it repeatedly. Since he was on the aisle, he got off the bus first, and I made sure someone else got off behind him before I did. Even so, as I raised my umbrella, he held back and said “Oh, you’re going this way too?” By now I’ve shifted into “polite brick wall” mode, barely answering his questions or even taking notice of him, but he persists. Following me up the street, asking about my job, telling me about his, giving me his name, etc. Finally he says, “So, do you have a number or something?” Phrasing the query in such a way that I can’t just reasonably or logically say “No,” and move on. So I tell him that I don’t give my number out to guys on the street and he says, “Well why not?” Biting back the “I’m sorry, you don’t get to ask that. You’ve been dismissed.” response, I repeated myself. He countered with, “Oh, ok, I just thought we could get lunch or something sometime,” and put on a fast-walk heading up the block. Breathing a sigh of relief, I was able to get my liquor and head back home.

I initially wasn’t bothered by it because of the social construct that is cruising. Queer guys can’t just walk up to any other guy, assume they’re gay & ask them out. Sure, we have signals, some people simply flag as gay or are wearing clothing that makes it obvious. I’ve had similar encounters on metro, on the street, while having a meal, it’s just the way of the world. Had the same situation been in a bar, it would have bothered me less because there are at least vague unspoken rules to a bar pickup.

But I was annoyed at the moment it moved from cruising to harassment. I gave him no indication of interest, I didn’t engage him on that level, and I even said that I wasn’t going to give him my number. At that point, you’re done, you’ve made your play and it didn’t work, move on. Trying to pin someone into a corner to say “Well why not me? Can’t you see I’m trying to get with you here?” instead of just allowing them to refuse your advances is pretty fucked up. Hell, following someone off of a bus is too damn much, not to mention that it’s bloody creepy when you’re trying to interview them about their pants. I wasn’t concerned for my safety as I got off the bus right next to the Marine Barracks and there was a Marine standing guard about 4 feet away, but there was definitely the feeling of “Now why’d you have to go and mess up my night like that?”

Still, I was able to laugh about it when I got home. In part, it was somewhat flattering until the guy turned into a jerk and then all I could think was, “Oh great, that is all I can attract? Hello, loser magnet.” It’s not just hard out there for straight women… 🙄