video: ok, you Gleeks got me… 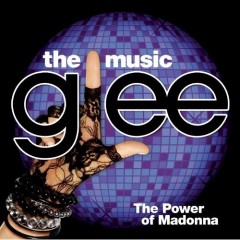 It was near impossible for me not to know that Glee was returning, but when I heard that Jane Lynch–as her acerbic character Sue Sylvester–would be doing a near shot-for-shot remake of Madonna’s music video for Vogue… I was in. But only just.

It wasn’t until about an hour before the episode that I knew the Vogue video would be last night. I knew the Madonna episode was next week and assumed it would be then. Apparently the hype was too much, so they gave the spoof video early. Now it’s no Gus Van Sant’s Psycho, especially since the original video is nearly 5 minutes long, but it’s still a lot of fun*:

I have my reasons for not being into Glee and FOX properties in general, but I definitely enjoyed that. I won’t be running out and grabbing the previous seasons’ episodes on video, but the above video did make it onto my iPhone this morning. I might even be tempted by the next episode, “The Power of Madonna”… maybe.

* I don’t care which version it is, listen to Vogue on your way into the office and your inner Diva really will feel beautiful and magical! Just try not to dance… too much.