The subject of game shows came up the other day at work and lemme tell you… I loved (past tense) game shows. They were one of the few things that got the entire family together to watch TV. Not the new-fangled game shows either, I’m talking old school shows like Password (and Super Password), Card Sharks, Blockbusters and one of my utter faves: Liar’s Club. 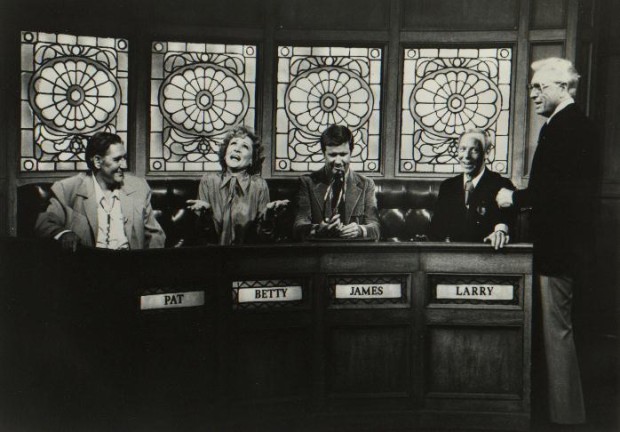 The show featured a panel of celebrity guests, who would be presented with an unusual object; each would give a ridiculous explanation of what the object was used for.

The version we watched (there were three) took place in a set that looked like a cross between a restaurant and nightclub and you had celebrities coming up with lies (either on the spot or more likely pre-prepared) and contestants having to figure out who was lying. A complete and far more entertaining reversal of To Tell The Truth. And this was back when game show contestants were usually auditioned to be somewhat smart as well as charming.

Truth be told, I’m not a huge fan of the more modern bluffing/lying types of board and card games because they aren’t always that much fun, but a celebrity panel spinning lies about random objects found in antique and vintage stores? Yes, please!

When I had cable, GSN used to play classic game shows, but then they wanted to create their own shows, most of which are kinda crappy. I would love to see some modern revivals of these older shows and not just revamped as pseudo-reality Millionaire, Deal or No Deal, or god forbid the horribly named and conceived Russian Roulette. Sure, it was the 70s and 80s, but who wouldn’t want to see Match Game, Press Your Luck or even Tic-Tac-Dough back on the air?

When I visit my folks, my dad still attempts to hold mini-Jeopardy championships with the nightly broadcast, but it seems unfair that Jeopardy and Wheel of Fortune have withstood the test of time by evolving, but all the other game shows just got left behind. 🙁