I originally envisioned these “Life of Brian” posts as little views into moments from my life, or bit of my inner thoughts, things I’ve likely never written about because other people were involved, or it seemed silly, or I just never came up with a catchy title. Thanks Monty Python! I had, what I thought, was an interesting anecdote about a past relationship, but it turns out that my internet at home is out, so… shall we begin?

I just opened up my CMS editor to start this post and my site is “unavailable for scheduled maintenance”1, which is rather fitting since the point of this post is the loss of connection. As I’ve written about many times before, my internet at home is out. As one always does, I started the five stages of grief, and usually end up someplace between 4 and 5, depression and acceptance. I can still watch movies. I can still listen to music. I can still read books. I can go out if I like. But it doesn’t change the fact that one feels “disconnected” well past the literal definition. 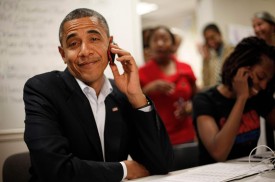 I don’t talk on the phone to my friends, I barely get texts from them unless something’s wrong, and I have very few standing appointments to hang out with them. People I used to see on a regular basis have now really just turned into “internet friends”. Still friends, but… they may as well live states or countries away rather than a few miles because our only interactions are online. I do respect the cultural rise and recogntion of the introvert2–I feel like I’m more of a shy extrovert or perhaps an ambivert–and my growing up appreciating the more nerdy pursuits means I tend to collect introverts as friends, but sometimes it is frustrating to know that your interactions with those friends will mostly or only be online.

…especially when your internet is out.

I’ve already gone through the frustration of contacting my ISP, going through support steps I already tried 10 times on my own with still no result. They offered to send out a technician, suggesting that I might work from home that day. After explaining the only way to work from home successfully was with an internet connection, the support rep said, “Oh. Right.” 🙄

In the past, it’s generally been either a hardware failure or a random glitch that rights itself, and I will admit that I’m handling it a lot better than in the past. Having a smartphone helps, but it’s also not the best substitute because who really wants their face firmly buried in their phone out of necessity rather than choice?

This is also an interesting exercise in how devices which rely on the internet are also over-reliant on internet connectivity. My Amazon Echo, for instance, which could at least connect to a local audio source via Bluetooth is having none of it. No internet, no functionality. This does not bode well for the Internet of Things, hm? Thankfully, there are no internet-connected devices I rely upon, just ones that it would be nice to use. 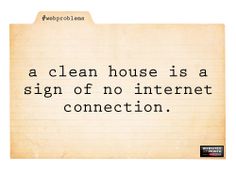 I am all for unplugging, but only when that is by choice, not circumstance. I’ve been really good this year about chores, shopping, non-frivolous shopping, housekeeping, etc. So what I most discovered about “the quiet” was that I didn’t really know what else to do without internet distraction because I’ve got my shit together. I checked e-mail, made dinner, put music on, then switched to movies until bed. The primary difference was a lack of social media chatter because I didn’t open my laptop or tap up those apps on my phone. I guess I’m still deciding whether that was a good or a bad thing.

At the end of it all, I’ll likely scope out some new hardware, install it and get back up and running. I’d like to think it’s a sign of maturity that I look at this as a little break instead of a panic-inducing emergency, but I suspect that it’s just stage 5 finally kicking in.

1 A plugin failed to update, but my CMS wouldn’t go out of maintenance mode, so not only was the back end down, the front end was as well!

2 However, the constant posts telling others how to treat them were starting to become tiresome. Except for this one, because it’s cute.