Popped into Facebook this morning which immediately reminded me that The World Wide Web1 was invented by Tim Berners-Lee on this day, August 23, in 1989. And as important as that date was — while also not important enough for a Google Doodle — more important were being reminded of some fun pics I took via On This Day. 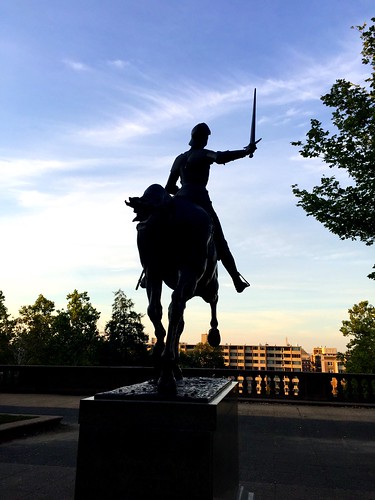 This statue of Joan of Arc by Paul Dubois in Meridian Hill Park is a constant sentinel to many of my fitness efforts, when I can drag myself out of bed and it isn’t already a sauna outside. Turns out last year’s weather was much like today, cool enough for a nice 5 mile walk from my place to the White House and back.

I’m kinda miffed that today is a workday and not a telework day. It would have been a good morning to embarrass myself with my probably much-declined endurance from having stayed off the streets and trails throughout this gross, hot and muggy summer. Still, it makes the walks to metro/work and for coffee nice ones.

August 23, 2013 also found me near the White House, oddly enough. It was clearly an even nicer evening and after partaking in a little sushi and sangria at The Hamilton, I walked through Lafayette Square for a shot of the nice sunset on the pedestrian walk in front of 1600 Penn.

I haven’t been back there for sushi in a while, perhaps a stop off after work today is in order. Many of the places I’ve been in DC have lost a little of their magic. Whether that was a factor of the time, the employees or the friends I used to go there with or all three, I suppose that energy can’t last forever. Their sushi is good though. 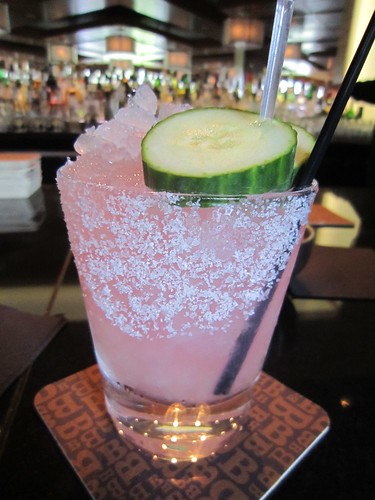 And I almost forgot my first brush with the world of paid photography came from a picture of a cocktail — of course — taken 4 years ago today! August 23, 2012 at Bourbon Steak DC. Did it go to my head that one of my photos was featured in a “travel” magazine? Yes… yes it did.

I’ve honestly been waiting on the weather to get back to a more even keel so I can get out and about a little more. I’m really not built for the heat and humidity. I can go out, but it’s not fun when a little bit of booze turns you into what literally seems like a sponge for ambient moisture and you get home feeling like a washrag. I’m not saying I’m stalking the nicer weather, but I just might have set an IFTTT alert to monitor the upcoming highs.

Stay cool, take pictures, have fun and don’t sweat. I may try to think of ways to turn this into a personal mantra/philosophy…

1 Does anyone still call it that? Haven’t we given over to “The Web” or even better “The Google”?