Not that poser-ass Absolutely Fabulous series from a while back, but the real deal! 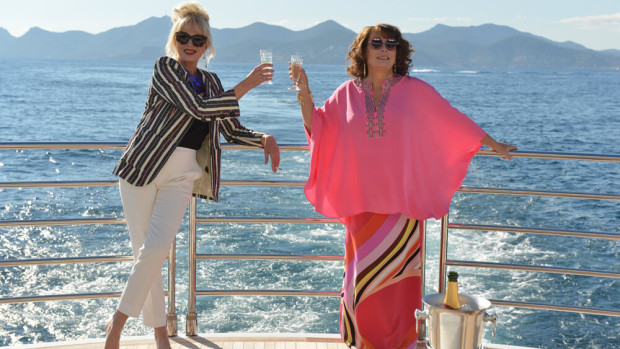 Fox Searchlight Pictures and BBC Films have released the first image from comedy “Absolutely Fabulous: The Movie,” what has started to shoot on location in the U.K. and the South of France for seven weeks. The film will be released next year.

In the movie, which is adapted from the BBC TV series, Edina and Patsy are still living the high life: shopping, drinking and clubbing their way around London’s trendiest hotspots. Blamed for a major incident at an uber-fashionable launch party, they become entangled in a media storm, and are relentlessly pursued by the paparazzi. Fleeing penniless to the glamorous playground of the super-rich, the French Riviera, they hatch a plan to make their escape permanent, and live a life of luxury forever. 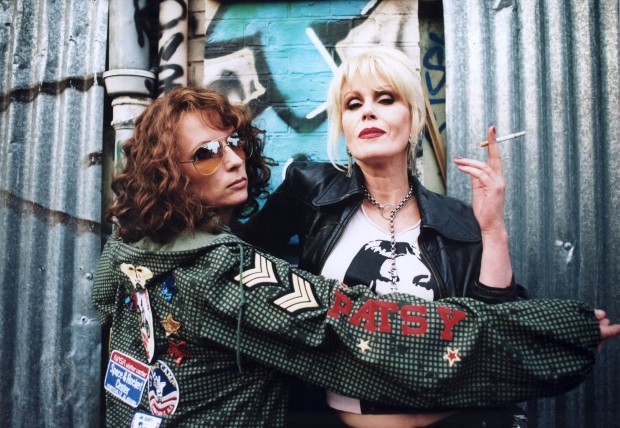 I also saw that talent scouts were searching for drag queens and “gay” audience members for an Absolutely Fabulous movie casting call. So Saunders hasn’t forgotten what really launched them from what could have been a few seasons on BBC to worldwide popularity.