“I Almost Made a Racist Joke!”

One thing I didn’t really mention when talking about cleaning up my place is that, with my kitchen counter covered in poison, I haven’t been cooking a lot because I’ve lost my prep space. This isn’t really a problem since in Columbia Heights, I’m surrounded by restaurants, healthy and not-so-much.

Half-price burgers at the sports bar next door were tempting enough, so I headed over, sat at the bar, ordered a cider, and watched TV, not really into anything on screen. Sports radio 106.7 The Fan was broadcasting live outside, but it wasn’t really all that loud or intrusive. I mean, sports bar, it sometimes comes with the territory. 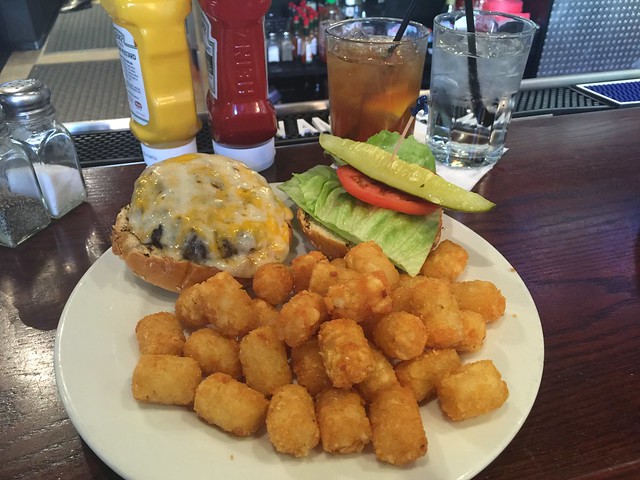 I was a quarter of the way into my cider and had just ordered a burger when another patron sat down two seats away from me and ordered a double vodka cranberry. He was maybe into his second when my order came, which was coincidentally the same thing he’d ordered. So there was a chuckle about that between us and the bartender and I went back to drinking, eating, and messing around on my phone.

After a while, he looked around and commented on the fact that there weren’t a lot of people there. Perhaps not what one might expect for a live event and Monday Night Football. I said that I just lived in the neighborhood and wasn’t really into sports, but maybe they were waiting until MNF started a little later in the evening. Again, back to my food/drink/phone.

Tonight, at a bar next door to my place, I was nearly called a “big, black man” by way of a “joke”. Is it any wonder I don’t like people?

Another another while, he turns and says, “Wow, I nearly made a really racist comment just then.” And drunk as he was, completely failing to notice my face was a mixture of “shock” and “you should stop talking”, he went on to say it was something like “How could a big, black man like you not be into sports?”

I hate people. And I hate myself a little bit because I was nice about it. Telling him he should neither think nor speak such a thing and maybe he’s had enough to drink. But no, he continued, telling me, “Hey, at least I only thought it!” to which I replied that he didn’t just think it and that it wasn’t OK.

This next sentiment may not apply to last night’s unpleasantness, but it’s just advice for anyone who may read this going forward: Racist jokes are not funny.

There is no such thing as “kinda racist” or “almost racist”.

If I had friends there with me, AKA backup, I might have handled it differently. But chances are if I’d been with friends, I wouldn’t have even talked to that asshole. So, yeah. 😐