So… what’s up with this squirrel? After a Friday afternoon trip to see the Corpse Flower at the United States Botanic Garden, we were walking back to a more populated part of town1 to find something to eat. 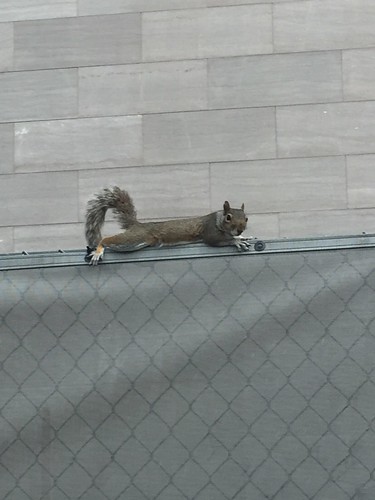 And then we saw this squirrel. Chilling, apparently, minding its own business on a fence outside the National Gallery. We speculated that perhaps the metal was a cooler place to lay out, except it was a muggy afternoon, so that was doubtful. Then we thought it might be stuck, but for a moment it reared up and we thought it might take to a nearby tree, but nope, it laid back out. 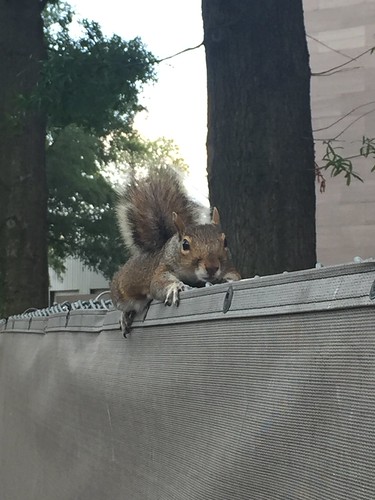 As I approached to get more pictures, it did not flinch, it did not scurry away, it did not move. It was a steadfast squirrel. A squirrel resolute, if you will, determined to lie out along a section of fence, unwavering in its purpose.

Perhaps it was an art installation. Maybe it was waiting for a buyer. I was a little tempted to ask if it was holding. Or maybe it was just a squirrel, staring at two bozos taking pictures of it and not providing it with food or water wondering when we’d go away.

Yeah, probably that last one.

1 Seriously, why is there NOWHERE proper to eat around the Mall, monuments and museums? Bad enough you’ve tromped around for miles in the name of tourism, then you have to walk even further to sit down and enjoy a nice meal!