UNCENSORED is DC Public Library’s brand for their celebration of Banned Books Week (September 25-October 1), which includes public programming at Martin Luther King, Jr. Memorial Library and 25 neighborhood libraries, along with a fundraiser for the DC Public Library Foundation, UNCENSORED: The Cocktail Party. This year’s theme is “Diversity,” which will celebrate literature written by diverse writers that has been banned or challenged, as well as explore why diverse books are being disproportionately singled out in the first place. 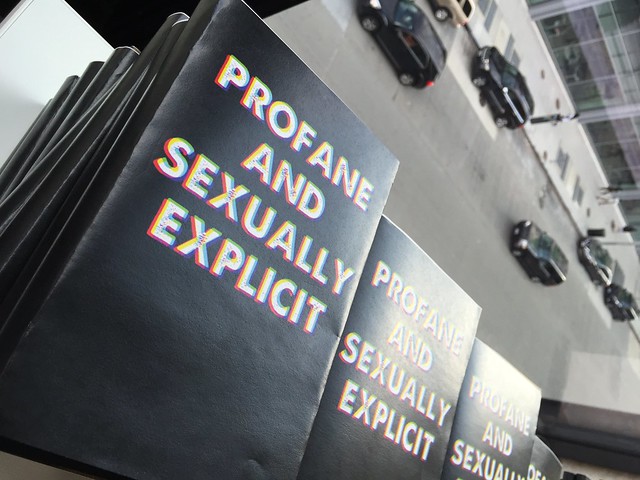 Clues will be distributed online from DCPLF’s social media accounts (Twitter: @dcpl_literati, and Instagram: @dcpl_literati) and with partners including Brightest Young Things and A Creative DC. Fifteen winners will be selected at random and win a free pair of tickets to UNCENSORED: The Cocktail Party on September 30 (the event is for those 21+).

To enter the ticket giveaway, you must take a picture of the banned book you found and post the photo to Instagram or Twitter with the hashtag #UNCENSOREDDC. The winners will be be notified by September 23.

Keep an eye out for these banned books around DC!

Forget your prohibition-themed parties, banned books and cocktails is where it’s at! This event happily blends two things I love. Book nerds and cocktail nerds, represent! Also, this might be your last chance to attend a party in the Martin Luther King Jr. Memorial Library downtown until 2020.

Loving to read growing up, it surprised me to learn about some books — which would also be assigned reading later on — that had been challenged over their content. I wish I could say that we were past people being afraid of potentially new ideas and viewpoints, but… well… nope.1 Banning books, banning people, it all starts with closing one’s mind to new ideas and to denying an evolving culture and reality.