Hive at The National Building Museum

First things first: you only have until September 4 to see this before it goes away and you will need to purchase a ticket. 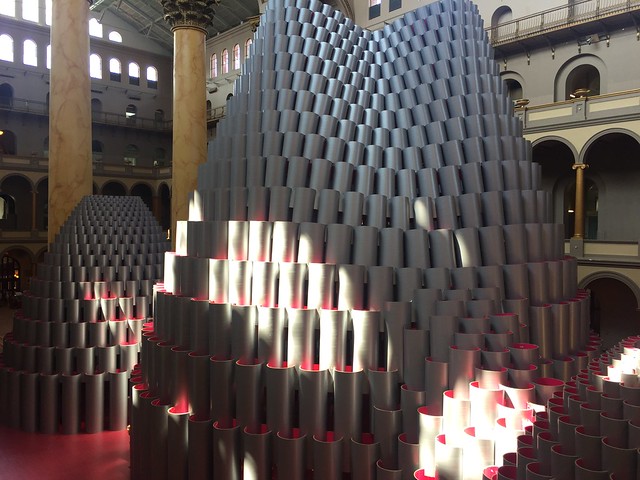 And you should, because it’s pretty cool!

Soaring to the uppermost reaches of the Museum, Hive is built entirely of more than 2,700 wound paper tubes, a construction material that is recyclable, lightweight, and renewable. The tubes vary in size from several inches to 10 feet high and will be interlocked to create three dynamic interconnected, domed chambers. Reaching 60 feet tall, the installation’s tallest dome features an oculus over 10 feet in diameter. The tubes feature a reflective silver exterior and vivid magenta interior, creating a spectacular visual contrast with the Museum’s historic nineteenth-century interior and colossal Corinthian columns 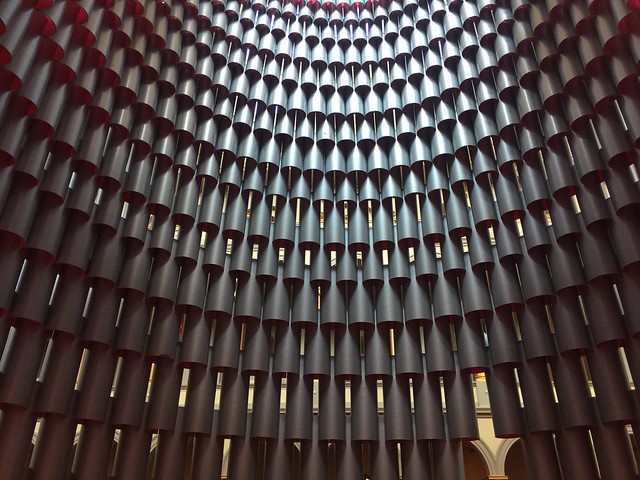 It’s a little like being in a futuristic beehive, obviously the point. I could see unleashing some bots and drones on another world and programming them to build shelters like this. 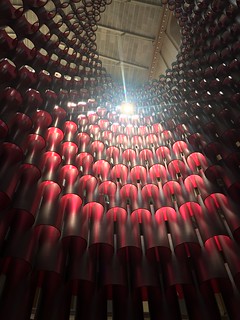 I am glad that the tickets give you access to the whole museum and its exhibits because Hive is cool, but it’s also not huge like you might expect. It’s something you look at and experience and take lots of photos of, but you can also see all there is to see of it in a matter of minutes. There are some interactive pieces and a smaller part of the installation fit for kids, but overall, we walked through and took lots of pictures and then felt a bit, “So that’s it?”

But if you’re a photobug, or want something interesting to do and see before the exhibit ends, give it a shot. If you hit it up at the right times, there’s also the Backyard Barbecue summer pop-up taking place outside for that last Labor Day hurrah.

Not that anyone will be at a loss for something to do this holiday weekend in DC, but at least the NBM is easy to get to and it’s air-conditioned, so that’s a few points in its favor!