‘Your best friend is a metal dog with his bum stuck in a black hole?’ 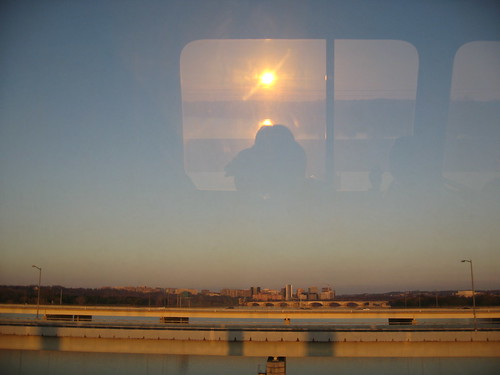 Woo hoo, short week! Busy, but short. I’m still working out my New Year’s resolutions, if any, and thinking that I’ll just try to get more organized if I can, physically, domestically, digitally, etc. If only the easy button really worked instead of just giving a reassuring but pointless “That was easy!” when pressed.

On the digital organization front, I’ve completely caught up on the series Heroes. I’ve seen the holiday specials of Doctor Who, Little Britain and Vicar of Dibley (the ending made me a little teary-eyed). I even watched the pilot episode of The Sarah Jane Adventures (apparently there are new rules prohibiting non-UK browsers from looking at the BBC site), it was good, a bit like watching the 1990s series of The Tomorrow People. Think the Dr. Who formula meets The Cosby Show method: to keep people’s interest, add more kids. It’s airing on CBBC, so it’s clearly a childrens’ show, regardless of what the writers may say.

New Year = New Body? — as part of the National Body Challenge, Discovery is giving a free 8-week membership to Bally Total Fitness to those that register.