Oh, it’s been one of those days, weeks, months, lives, what have ya. I believe I shall treat myself with some champagne and fried chicken tonight. This is not normally a ritual for one, ideally it’s what I would have a bunch of people over for and we’d watch bad movies or reruns of sci-fi series and we’d love the greasy/salty of the chicken being totally washed down by the crisp/fizzy of the champers…

But right now, ain’t no one calling me up to hang out tonight, actually I can’t recall the last time someone called me on the phone that wasn’t either a family member or a non-profit org or a debt collector. Chicken’s white meat, so it doesn’t break any rules — I said I’d stop eating red meat, I didn’t necessarily say that such a change would be healthy. I still have some of last night’s pitcher of cosmos left over too, so I can make makeshift bellinis or I guess they’re just called champagne martinis at that point.

This week/end is DC Pride and I’ve got no plans aside from crashing a real estate event tomorrow night. There’s stuff happening each evening this week, not a lot of it terribly interesting to me, so I don’t feel that I’m missing out on anything, but the parade and street festival are usually fun, but if I don’t have anyone to go with or meet up with, I’ll probably just skip it. 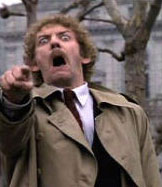 I can’t recall who I was talking to, but recently I told someone that I’m not anti-social lately, I’m anti-single. I’d love to go out, hang out, eat out, be out, etc. I’m just tired of doing it without a date. It’s gotten to that slightly (understatement) bitter point now where I can’t even really be happy for others that are in love (or lust) because I’ve got a constant loop of But Not For Me running through my head. I feel like a 3rd wheel hanging out with couples, and while I enjoy hanging out with my single gays, if they’re seeing (or screwing) someone then I’m all “you’re one of them now.”

I know this is all compounded by the fact that I feel totally burned out at the office and almost have to put forth extra effort socially to make sure that my evenings don’t consist of me going home and sleeping from dinnertime through to the next morning. I recognize the conflict in not wanting to be single and also not feeling like leaving the house. However when I do go out, I just feel podgy and old. If I’m drinking, I can ignore those feelings for a while, but an examination of the guys that I’ve chatted up while drunk gives a nil result on anyone actually e-mailing or calling me back when I give them contact information.

I don’t know that I have any particular point, just needed to get some things out. Of course if anyone knows someone cute, smart and available out there, give them a nudge in my direction. 😛 I should note that 100% of my friend hook-ups have ended horribly bad, but hey, I can’t completely give up hope, right?