The Year of Brian? 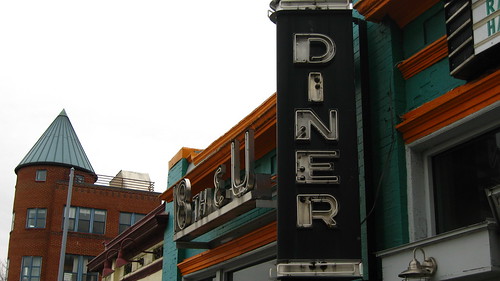 Well, it sounds better than The Weekend of Brian, right? That’s what it seems to be, however. Fri/Sat, I got yet another much needed break and visited Justin’s family at the Chesapeake. We had dinner at Stoney’s (oh those crab cakes!), took a very active Shiba Inu on a walk on the beach and then I came home to undertake the task of watching the entire run of the most recent season of Doctor Who.

I’m not actually sure this was a very safe thing to do, as I definitely felt I overdosed that first night, but I got through 6 episodes, and the remaining 7 last night. Turns out it’s a very good series to watch back to back and oddly enough, the events in episode 10 take place about 4 days after episode 1, in their time frame, so watching it in the short span of time helped me relate to “we’ve been traveling all over time and space, and he’s done all this in a just few days!” I don’t know why I never got started on this season of Who, it may have been that I had too many shows to keep up with and obtaining those shows as they air is something you need a calendar application to help with. By the time Sci Fi Channel was playing them I just didn’t want to start. I also think I was turned off a bit from watching Torchwood, so I just didn’t feel like checking in with the episodes. Well I’m glad I got over that, though my brain feels a bit full from taking it all in like that.

Oh yeah, Weekend of Brian, or perhaps Brians. I met Brian –Brian G, even– an online-now-real friend from Atlanta who’s visiting for New Year’s with his beau Steven. The first time we tried to have brunch a few months back was stricken with bad luck, and this time seemed to want to carry a little shade of that. We were going to eat at the Duplex Diner on 18th & U, but when I walked over there it was closed! The three of us met up and walked over to Bardia’s New Orleans Cafe. Great meal, I’d only been there once before, and had no idea about their beignets. Actually, I’ve never had beignets before, though Brian and Steven informed me that there are only a few places you can actually make them properly, so it’s probably just as well I haven’t. They do make me want to buy a deep-fryer, however, but I would get myself in so much trouble with one of those! I like bringing online friends into the real, and it was a good time with good conversation. Over brunch I mentioned that I know quite a few people in “the ATL” and maybe I should get down there for a proper visit sometime. They also told me about the current state of Lake Lanier and it’s simply unbelievable to think that it’s really that dry.

I’m off work today, though checking in from home since we’re fairly low-staffed in the office, but otherwise I plan to watch the Doctor Who Christmas Special, and maybe a little Catherine Tate. I’m really tired of BBC America showing 1-2 year old episodes and passing them off as “new”, so I’m taking care of catching up on my own.

Tonight I’ll be headed over to Brian –K this time– & the boy‘s (his nickname, not mine) place for a little New Year’s get together. I’m looking forward to that as I enjoy his company, but we don’t normally get the chance to hang out as much. I’m glad it seems like a small gathering so far, as I’m not in the mood for a raucous night. I’ve tried to do something different each year on 12/31 and I’m doing well so far, but I think I should save up next year to do something particularly special. I deserve it!

I’ve been thinking on resolutions, guidelines, small and big changes that I’d like to see come about in 2008, but for now I’m going to ease myself into the new year and worry about goals and whatnot later. No überlist this time around, who needs that kind of pressure hanging overhead? There are things I want to accomplish and I will or I won’t. I’d rather build my list from things done, not try to check items off as though it were a Summer reading list.

I hope everyone enjoys a very safe and Happy New Year!