calm after the storm 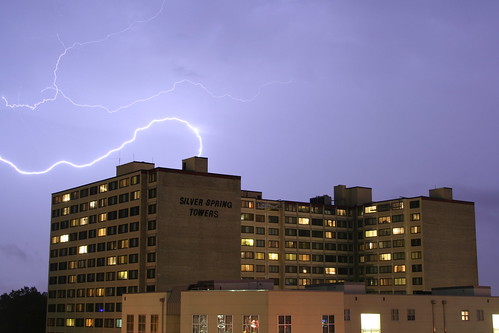 We had a slightly, but not too, empty office yesterday after the results of the storm. I knew of places without power and school closings, but overall it seems like there wasn’t anything too severe.

Had a little blogger meet-up last night with Shindo and Fredo. We had dinner and margies at Lauriol Plaza which was pretty good. I haven’t been there in ages, and the last time I was there was with a very picky eater who sent his meal back… twice. So I guess I’ve been sour on the restaurant based on that experience which was pretty unfair. Mostly I see it when we go to Larry’s Lounge for drinks and it is always crowded. The food was yummy though, I went total seafood with broiled tilapia, shrimp and scallops.

It was a nice enough evening out, but we still sat inside. After dinner we headed across the street for a drink and it was pleasantly (and surprisingly) non-humid enough to sit outside and chat. I know that I reached the “decompression point” a few times where my brain just shuts down for a minute or two. It usually happens when I sit down at happy hour instead of standing. But sometimes not thinking is a good thing. It was nice to be able to chat about geek stuff and just blather on about whatever for a few hours. The coming days are looking far too hot for me to get out of the house for very long so being able to sit and walk outdoors without instantly sweating was much appreciated.

I was considering grabbing a nice dinner out tonight, I’ve been craving steak. But I’m thinking that a run to the store and making it myself at home tonight might be better, assuming no other plans materialize. Pride events start tonight, but so far I’m not seeing anything terribly interesting. Michael will have to be my barometer on those and I suspect that even he might get a little weary of them by week’s end.