adobe: have a good book nearby

Why is it that the day or two after you refuse a new job offer, your own job stinks even worse than usual? After mulling it over and weighing pros and cons, I decided that my current job is best for me right now. Ask me again in 6 months and we’ll see… 😎 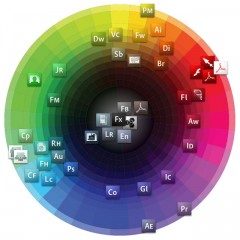 I had one thing to accomplish today, install Adobe CS on my machine. I’d gone through all the red tape to approve this months ago, but they had to reimage my machine for security reasons and all my apps were gone. So I make a call this morning and the first help desk tech must have been spoiling for a difficult customer. He interrupts me, talks over me and tells me what I’m going to say–and I was being nice. He also had that pet peeve of reading to himself, but out loud. So he’s reading the previous notes for my workstation in this sort of loud mutter while I’m trying to recall at exactly what age people stop reading out loud. He tells me that even though we went through the configuration/change management process before, I still need an authorization for it today.

To the help desk’s credit, the rest of my calls were a dream, but Adobe is a nightmare. I’m starting to think people build applications that they assume you’re never going to remove. The techs were able to remotely connect to my machine and install CS, but it turns out the first one was the wrong version and as I don’t even have rights to uninstall software, they had to remove that one. Of course I had to get an additional authorization for the exact version (I needed Design Premium, not Design Standard) and they started the second install. All told, it took nearly 2 hours to install, uninstall (the longest part) and reinstall. I only managed to get one thing done today over the entire workday. It was an important thing, but staring at a screen most of the day while watching progress bars that barely move, doesn’t feel very productive.

I’m told that it will rain all weekend long. I have no shopping to take care of, which is nice since December means a brother’s birthday, parents’ anniversary and Xmas all in the same week. Calling off gifts for the season with the family was about the best thing I ever did.

I do have to find out when/if friends are leaving for the holiday so we can get together for our holiday toast(s) while everyone’s still around.