“When she woke up and saw they’d taken both breasts, she knew…”

It sounds like a line from a horror story, but it was the best thing we could have heard last night.

A friend was at GWU Hospital yesterday so they could perform a–I heard–horridly unpleasant procedure* to get an idea what they were dealing with before proceeding with surgery. When I got there after work, she’d been in surgery for a few hours and the best outcome was a double mastectomy with reconstructive surgery, which would take a long time. 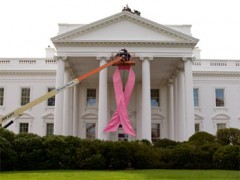 We were in the middle of doing a crossword puzzle when we got paged and immediately thought, “It hasn’t been long enough.” Justin talked to the doctor and was told that they removed five lymph nodes and the outlook is currently good.** They were just about to prep her for reconstructive surgery, but wanted to give us an update.

Of course this is all happening behind closed doors to me, so I’m pounding a nice little dent into the waiting room carpet with my shoes from nerves. Armed with the good news, we went out for a dinner break and got back about 30 minutes before they were finishing up. 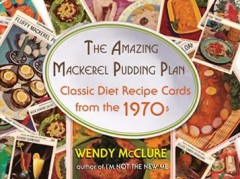 Our concern was whether she would wake up and see that 2 breasts removed = good, or if she’d be too groggy, hence the opening line. No worries though, tired as she was, she was all smiles. After expressing both her gratitude, blessings and… disbelief, other concerns included missing the Chaz Bono segment on Entertainment Tonight and showing us one of the books she brought with her, The Amazing Mackerel Pudding Plan and where her pain management button was.

She said that she didn’t want to jinx me, but the last time we’d seen each other was when she and I were visiting Justin at GW. I told her not to worry, that if I was going to be in it would be for some cosmetic plastic surgery. Not long after, she was able to drop off to sleep. She would say that she hasn’t been very lucky in her life, but maybe she was just storing it up for when she really needed it.

Thank you to those that passed along good wishes, thoughts and energy. My past experiences with friends & family with cancer have not been good ones, so chalking one up in the “win” column feels really good.

Oh yeah, there was one more thing. With the reconstructive surgery, she requested that they bump her up a cup size. Why not, right?

* While most people willing have needles put through their nipples, the injection of a radioactive tracer dye containing sulphur without the option of using anesthetic isn’t something I’d sign up for even at my most masochistic. Justin was holding her hand during the procedure and he said it felt like she nearly broke it.

** We are not 100% certain that she’s out of the woods, but they said there was a low chance of bad news coming back from pathology at this point. This is just the first huge step.