in DC: kicked to the curb? 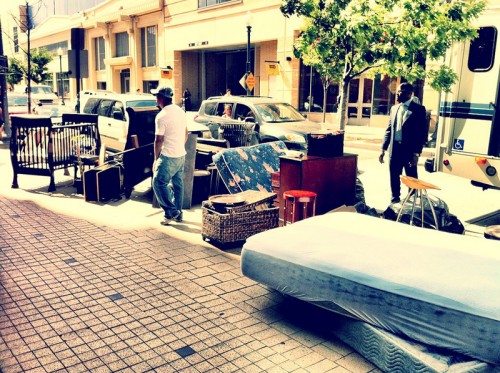 Not sure what’s going on here. Came across this scene on my way home from work. It’s either an eviction or a move gone very wrong! From the concerned people standing around, it’s seeming like the former, unfortunately. I’ve seen piles of furniture on the street before, but never outside one of the “newer” apartment buildings.

No matter what the situation is, it’s no way to spend a Monday afternoon.

Update: As the evening moved on, people were stopping by the piles of stuff, going through it, walking off with items. The chest of drawers had clothing in it, but they’d been pulled out and emptied by dusk. We had to head across the street to run an errand and when we came back home, some people with a truck were loading some of the larger pieces. Pretty standard practice in DC, in my experience. Most people on side streets don’t bother advertising a yard sale or even putting a “FREE” sign on things. They just leave them out at the curb and often the stuff is gone within a day. 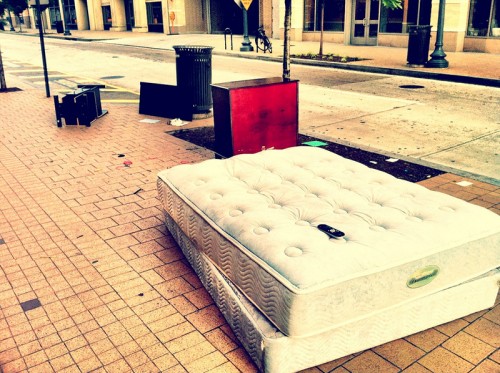 This morning, there was little left. Just a mattress & boxspring–which most people in Mt. Pleasant/Columbia Heights wouldn’t touch anyway–and the remnants of a dresser. Out of all the situations that it could be, few of them have a nice spin. Eviction? Abandoned apartment? It seems that if it were an amicable situation, that a haulage company would have been called, so it’s a stark reminder that even in a refreshed Columbia Heights, DC is still business as usual.