So… I finally got to go. After weeks of having my mouse poised to click. After watching the free passes “sell out” in under 2 minutes. After seeing numerous craigslist posts with “free passes” for sale. After griping about it on Twitter. After eventually giving up and resigning myself to being sad and salty about it… I got passes. 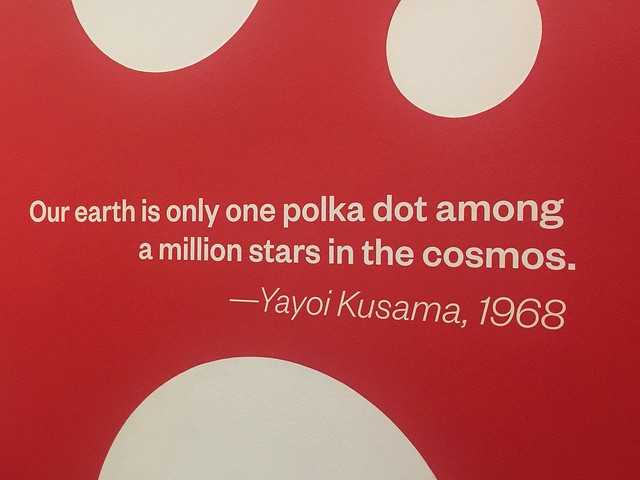 Yayoi Kusama: Infinity Mirrors is a celebration of the legendary Japanese artist’s sixty-five-year career and promises to be one of 2017s essential art experiences. Visitors will have the unprecedented opportunity to discover six of Kusama’s captivating Infinity Mirror Rooms alongside a selection of her other key works, including a number of paintings from her most recent series My Eternal Soul that have never been shown in the US.

Co-workers were talking about it and I was showing them the site and where to click a few weeks ago as it was nearing noon. I figured I may as well try again and be disappointed. But I wasn’t. And as pleased as I am that we got to experience it, I really hope this doesn’t become the norm for popular exhibits like this in future.

It was hyped and a bit over-hyped. Pictures shared, articles written, “exclusive” access granted. But at times, it seemed easier to get hot concert tickets than free passes to a museum exhibit. After attending, I understand the limited number of passes, but I feel they could have made a few more things clear about our visit ahead of time. 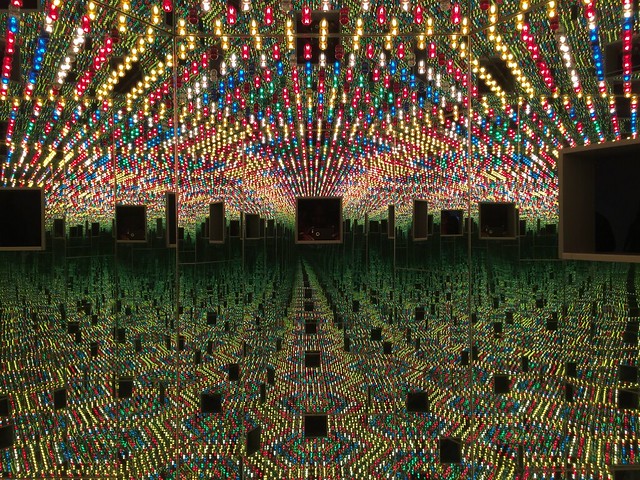 Even so, it was an amazing experience. The main feature being the Infinity Mirror Rooms, which to be honest, (non-professional) pictures don’t really do justice. With this exhibition, we were allowed in the rooms in groups of 2 or 3, for about 20 to 30 seconds at a time. While that didn’t seem like much for as long as we stood in line to wait, the sensations were pretty intense. 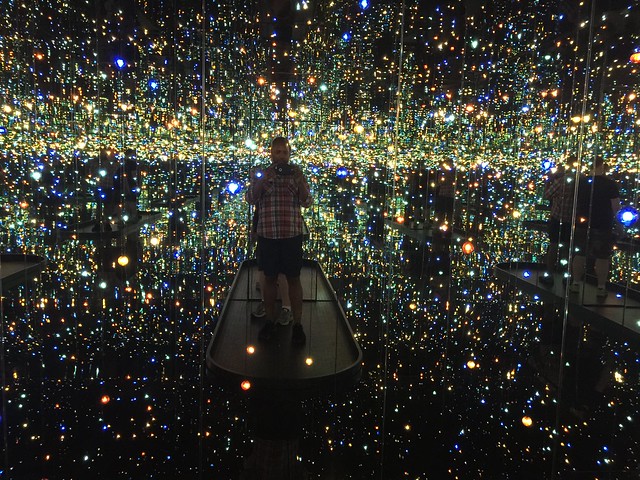 You’re essentially standing within a kaleidoscope or fun house mirror maze, but the feeling of “infinity” is definitely there. You sort of waver between experiencing the art and becoming part of the experience. And the 30-second time limit, while seeming unfair, really did give enough time to see and talk about it without starting to deconstruct it. 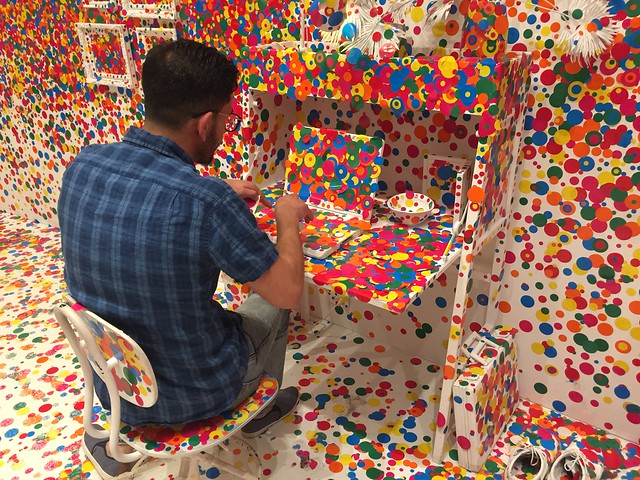 I wish I could have gone earlier. I wish I could say “You should go see this.” But it’s only in DC for another 6 days before moving on. Having gone through, I understand the impossible task they had of letting people see it while also not being overrun to the point where almost no one would have gotten to see anything. But again, I hope this doesn’t become the new normal. I would have paid for a ticket to this exhibition and had they done so, I would have felt less upset about being shut out. 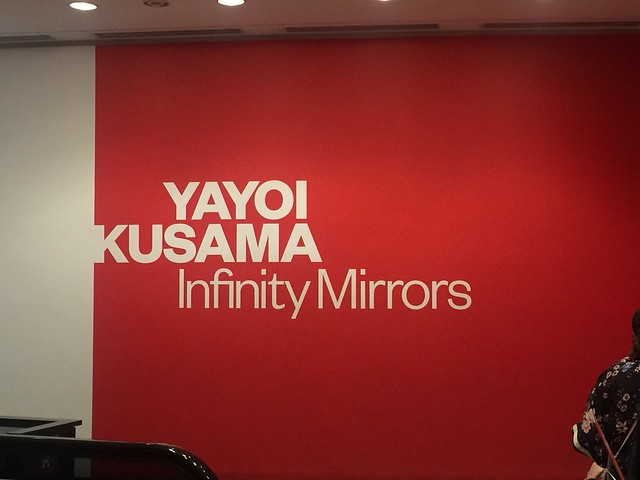 I took a lot of pictures and videos, but they really don’t compare to the experience. If something special like this is coming near you, definitely make an effort to see it. However, in my experience be prepared to temper those efforts with a lot of patience.