Are you watching closely?

It finally happened… well, it finally happened again. I got on the wrong metro train this morning. I haven’t done that since around the time of my very first train-commuting job in DC. So… at least 15 years. This is both hilarious and mortifying.

And no excuses, even. I just wasn’t paying attention. I was listening to a podcast, headed down the escalator into the station and I saw the train coming and I saw people running and even though I was sure I looked at the schedule and MY train was 9 minutes away… schedules can be wrong, right?

See my home station has two lines which go to many of the same stations for a while and then diverge. It’s that divergent point that will get you. And recently there had been track work, so only one line was going through, the line I ride to work every day. Well guess what track work also ended even more recently?

And guess what silly person stepped, nay ran, onto a train, all too self-assured that it was going where he needed it to go?

I was listening to a podcast and I pulled out my book which made it even worse because I don’t usually listen to podcasts and certainly never while reading because we can’t multitask. I wasn’t in my usual spot on the train, so I didn’t notice whether the usual faces were getting on at every stop, and didn’t really think about it. 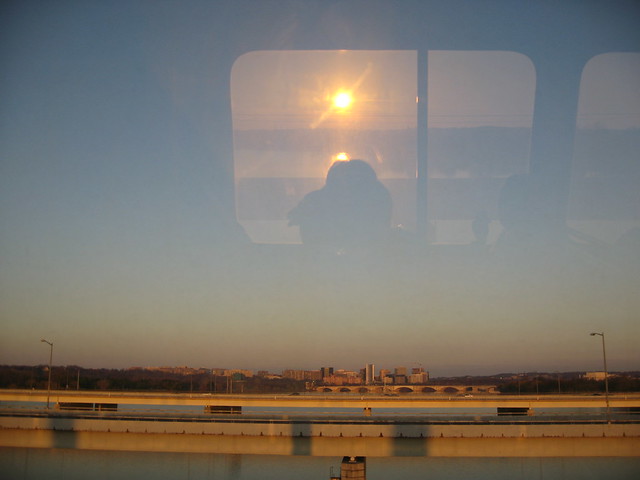 What’s worse is I’ve heard this tale from so many other co-workers, new to DC, new to the job, new to train transfers and they all get to this point in their story and I smile and nod in understanding. The understanding of someone who could never let that happen to them. Well, oops to that! And it just burns when you realize you’re going the wrong direction, and it isn’t a “the next station is right there” type thing. Instead you have minutes to let it sink in. To try and make peace with it. To look like this is what you meant to do the entire time. And hope that no one notices you sheepishly making your way to the platform of the opposite direction-bound train.

Thankfully, today I was a very early riser and still got into the office with plenty of time, and save writing this entry, no one will be told of this. NO ONE.