Because it just is, that’s why.

One of the things that gives me a fun break during the workday is reading Mark Morford’s columns at SFGate.com. Last night I watched Real Time with Bill Maher from last Friday (check out his New Rules for that night’s show) — they were doing an assessment and wrap-up of the recent elections and while it was very funny at times, there was a lot of good information being passed back and forth between Bill and his guests. In this morning’s Post I see that three Christian demonizations denominations are “cracking down” in a move to condemn gay sex. The following statement makes me wonder if Exodus Ministries didn’t have a hand in writing the Catholics’ new guidelines: Although “simply experiencing a homosexual inclination is not in itself a sin,” he said, homosexual acts are “sinful,” “never morally acceptable” and “do not lead to true human happiness.” Rather ½-ass, if you ask me. Questioning that you might be, or confirming that you are homosexual is ok with us… just don’t act on it and you’ll be fine. Then again, I think about Foley and Haggard and look what happened to them. 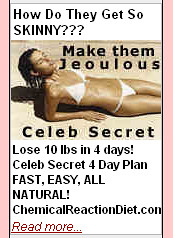 So Morford’s column today, “Gay Marriage Is Still Evil?” was a much needed read. He talks about the question of what is really so wrong with gay marriage and why people seem to make a big deal out of the issue without ever saying precisely what the problem with it is. Like him, I agree that most people really don’t know:

What would happen to the nation were it to become legal? Real answer: They really don’t know. Probably nothing. So why is gay marriage so wrong? Because, well, it just is. What was that again? It. Just. Is.

It was a nice read to go with my morning croissant and tea.

And now for something completely different, music ratings. Do you rate your songs in iTunes or on your iPod or similar and if so, what does each star mean to you and how do those stars change over time? For instance, I rate songs I can listen to over and over again at the 5 level most of those being faster tempo/dance songs, the 4 is for those really good songs, but often more ballads and slow stuff, or stuff that has strong memories attached to it. 3 stars is like, it’s not bad and I don’t mind it coming up in rotation, but I’m probably not going to actively seek the song out on its own. A 2-star song means that I will most likely only listen to it in the context of listening to the whole album at once and I don’t think I’ve rated anything 1-star. If I really don’t care for a song, I just don’t keep it. And I don’t ever rate podcasts or videos, I just don’t see the point. — What about you?

That image has nothing to do with anything in this entry, I just saw it in a sidebar ad on Perez Hilton and thought it was funny. We’re going to aim our super skinny marketing at the demographic that can’t spell. It is the internet after all.