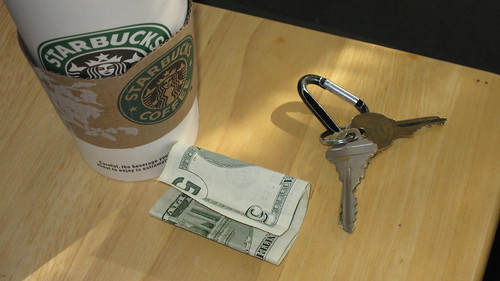 That’s pretty much how the weekend has been thus far. My new computer arrived last week, so I set it up on Friday–thinking that trying to do so after happy hour on Thursday would be a bad idea. I’m already hooked on the new toy, it has native HDMI audio/video output, so it’s hooked right into the tv, I was able to stick my old PC’s drives into a dual-enclosure, transfer necessary files, delete old ones and get the new install of iTunes pointed to my previous music library. One benefit of a crash, after you’re secure in the knowledge that you haven’t lost any data, is that you realize just how many programs you had installed and never used on the previous machine. I’m also re-organzing my media files, so they’re easier to find and not just thrown on the drive that currently has the most free space. It’s a tedious job, but it’s nice to know exactly where to look when I want to find that old French & Saunders episode.

After spending most of the day playing around with iTunes Genius playlists and watching loads of tv, I headed to dinner with the gang at Logan @ the Heights. It isn’t my favorite place because a lot of the dishes seem overpriced when weighted against their quality. But for where it and its sister restaurant are located, it’s the perfect middle of the field that charges a bit more so doesn’t seem middle of the field cuisine. I generally end up getting the same thing every time I go to either one. Their menus do change, but not frequently enough that you’d notice unless they remove one of your favorite dishes.

After eating, we walked down to Logan, hit Halo, then over to 17th St and stopped in at DIK Bar. Not a terribly compelling evening, some good conversations, not too much to drink and back home in time for some Saturday evening tv and relaxation. I like the low-key days and evenings, but I find myself wishing there were more options in DC. It seems that if you’re a tourist, there’s no end of things you can do, but when the sun goes down, you’re kinda limited to restaurant, bar, movie or stay in. And unless all your friends live in the same neighborhood, staying in doesn’t really seem like a great option. Still, I do need to make it a goal that by the end of the year I’ll have hosted at least one gathering at my place–that involves some major cleaning up and de-cluttering, but the end result will be worth it.