My walking for health, fitness and weight loss1 progress took a hiatus because the anticipated Spring and Summer weather had completely failed to materialize. Just last week we finally broke a record-setting streak of 15 consecutive rainy days in DC, and the weather is still kinda chilled and breezy for the most part. Or we’ll get a tease of sunshine for a few hours and then it will get cold, windy and/or rainy again. Fun!

A month or so ago, I saw a promoted ad on Facebook for virtual races, and I saw a few fitness blogs talking about how fun and motivating they are and I almost signed up for one… until I took a little stock of it and realized that all I was doing was paying for a medal. Not that I don’t like medals, and one of my goals has been to participate in a race, walking for now, especially in one that gave a medal. But the virtual races are cute, they use your fitness tracking devices and apps to log your progress and have the benefit of being progressive/accumulative so you don’t have to run or walk the entire race at once. As I said, cute, but not really worth it to hand over money to someone that’s designed a medal, purchased them in bulk and is making a hefty profit on it without having to actually set up a race. 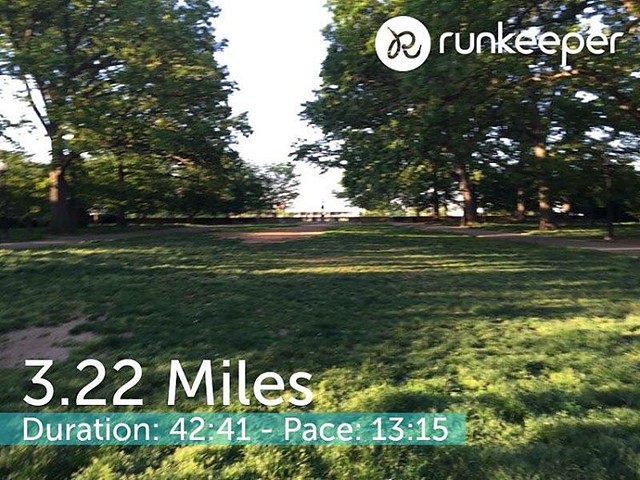 Just about the time I’d decided the pay-to-play virtual races weren’t for me, I noticed that Runkeeper had two monthly challenges for a 5k and a 10k. They were still virtual, but one and done, not accumulative, so after doing the miles-to-kilometer math I always have to do, I realized that 3.11 and 6.22 miles and I’d be set.

Easy, right? …right?! My usual walks are 4-5 miles and I used to go as much as 8 or 10 on some weekends in the distant past. Even so, it wasn’t a walk in the park. Well, except for walking the 10k which was literally a walk in Rock Creek Park. Being out of practice took its toll a little bit, but I was buffered with the power of Summer mixes and disco podcasts and I persevered. 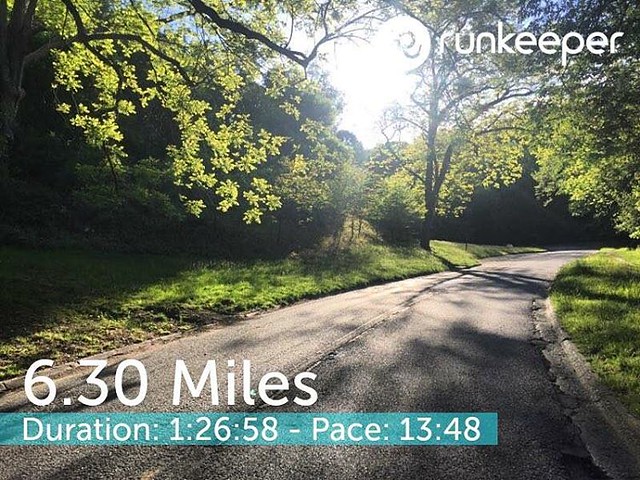 I have to admit, I did miss the walking. Getting up at 6:30 in the morning during DST means the sun is already up, the air is a little chilly but not super cold so you can work up a good sweat without feeling like the air around you is on fire. At that time in the morning, you don’t see a lot of people walking on DC streets or on the trails in Rock Creek Park, so there isn’t too much negotiating yourself around others at different speeds.2 Even on a now-recovering twisted ankle, I was able to jog a little bit which helped my pace, but it was about my usual speed.

And of course, a virtual race has… virtual medals! Admittedly, they aren’t the same as having something physical to hang on my wall or take a selfie with, but I still feel like it’s more motivating than paying $25 or more to get a medal that I could earn simply walking back and forth to work for a week. It was nice to set time aside and say, “Ok, this is it, race day.” instead of trying to add up various walks like some sort of marathon accountant.

I do still want to find a local/nearby 5k to participate in, hopefully this year. I now know that it’s not weird to walk them, though I’d want to find one that at least had a fair number of walkers signed up, or at least run/walk folks. From what I’ve read, 45 minutes is a fair — not winning — finishing time for one and with others it would be more fun, but even if it’s just me and my disco music sweating and walking it out, that’ll do me just fine.

1 And fitbit bragging rights, of course.

2 I frequently scowl or turn up my nose at people who choose to run/jog on city streets/sidewalks after about 9 or 10 in the morning, especially on weekends. By then, the sidewalks are full of people going about their daily business and people waiting for a bus or to cross the street aren’t obligated to move out of your way.