Soup Dumplings! I could not tell you how the idea to hunt these down got into my head. I mean, I love dumplings, I’m even fine with the pre-made potstickers, gyoza, or shumai that come from take out places. And even though DC has Chinatown, I mostly see the lists of “Best Dumplings” pointing out places in the suburbs of Maryland or Virginia. So I really wanted to see if there was a place in DC I could at least start with experiencing them… and I asked my Twitterati, of course.

Is there a good place in DC proper (not the burbs) to go for soup dumplings? I have never had them and would like to try them… tonight, for dinner, methinks.

Of the suggestions, the easiest to reach by local transit was Reren Lamen & Bar. I also got some good intel on what to look for in lists and reviews, namely xiao long bao, their non-translated name. 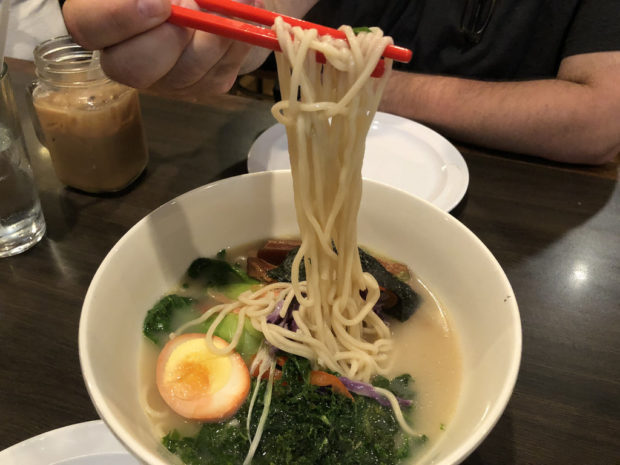 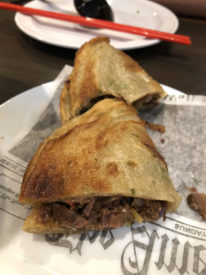 I grabbed a friend with a lot more experience in non-US cuisine than me and we were off, and we were not disappointed. We ordered five dishes to share and they come out whenever they’re ready, so for a change, I didn’t actually start with dumplings, but their Signature Lamen was delightful.

Another surprise was Grandma’s Style Pancake which was well reviewed and delicious. A bit like a Chinese pancake taco, would definitely order a ton of next time. We also ordered their Sassy String Beans which I partook of, but had to really watch myself and avoid the Sichuan peppers — one tiny bite and my tongue was on fire! I’m pretty sure that a proper chomp would have had my entire mouth feeling numb, but my endorphins shooting through the roof! 🙂 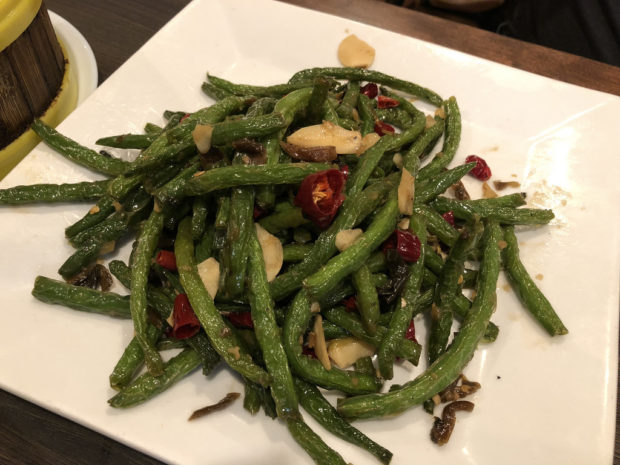 And of course, the whole reason for visiting, the soup bao… 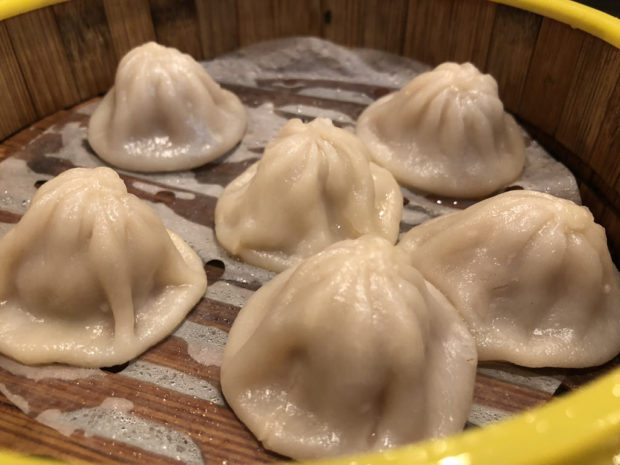 No action shot of these because I tried and it dribbled back into the spoon, but for a first experience, I really liked them. I had to let them cool down, because I was told of a few methods for eating them, mostly to either pop it whole into your mouth, or to nibble and let the broth out into a spoon, then slurp and bite as one sees fit. I opted for the latter after the first one was a bit hot.

In terms of soup dumplings, these are the smaller kind, and they weren’t overflowing with broth, which is good because I’m a natural born klutz, but I really liked the pairing of the soup and the filling. I’d come back for these and some cocktails at the bar anytime. And being right up the street from the Chinatown metro station, it would make for a nice happy hour-styled stop on the way home.

So I’m declaring my first excursion a success, but now I’m excited to try other locations and experience their different (or similar) takes on the dish. Stay tuned for updates, and now I’m going to get a snack because reviewing these pictures made me hungry again.