Customer Service for the win

I have a guest visiting from out of town this weekend and my pantry was looking bare, so it’s time for groceries! 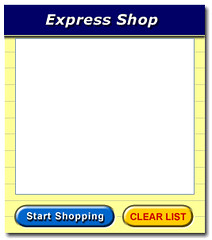 This time my list was pretty basic, mostly fruits and veggies, pasta, light fare type of stuff and a few lowfat snacks. I was trying to be home a little bit early so I could clear out the kitchen to make room for the bags and the stuff in the fridge and I was. It turns out that the delivery driver was early too! So I jokingly chided him for being too damn on time and he laughed and said he’d give me time to clear space. I’m really loving Peapod’s service. This last time I too my time to make a regular list of basic things instead of browsing online (which becomes more dangerous as the “specials” suck me in). They have an ‘express list’ that you just type in your items, specific or general and it does its best to find the items on the site and present you with just that. Unfortunately typing in ‘baby carrots’ only presented me with baby food items at first, but there’s an option to search items with what I typed in the name and that found them fast enough.

Thankfully everything was in today’s order and I ended up with an extra surprise, a bag I didn’t order with 5 boxes of Marie Calender frozen chicken pot pies. I don’t usually inspect my items when they arrive so I wouldn’t notice if something was extra or missing (though they do tell you when something’s not in stock and they couldn’t bring it). I called Peapod about it, thinking that someone was going to want those pies, since I kinda don’t as each little 10 ounce pie is nearly 600 cals which is a little more than I want in a single entree. It did take me a while on hold to reach a representative, but when I did I explained what happened and she said, “Well those items are yours to keep.” I told her exactly how many and the size so I’m assuming they can find out who’s missing a bag. I also mentioned how my last order had a few broken eggs in it, I hadn’t thought to call at the time, but asked what to do if it happens in future and she not only told me that I should just call them for a credit in future but she also credited my account for the eggs. Now only 2 of the dozen were broken, but it’s free anyway.

That’s customer service I can get used to.