Just reading a cyberscare, “won’t someone think of the children” article about binaural beats, called “idozers/idosers”:

We all know that music can alter your mood. Sad songs can make you cry. Upbeat songs may give you an energy boost. But can music create the same effects as illegal drugs?

This seems like a ridiculous question. But websites are targeting your children with so-called digital drugs. These are audio files designed to induce drug-like effects.

All your child needs is a music player and headphones. 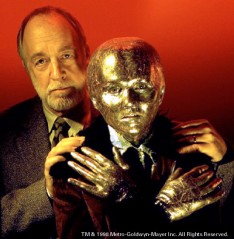 First off, that opener sounds like the lead-in to a Fox News story and secondly this reminds me of an episode of the remake of The Outer Limits titled “Music of the Spheres” where kids were getting hooked on a form of music that gave euphoric effects, but that adults didn’t seem to be able to hear at all.

The article goes on to say that there’s no proof that these audio files actually do what they claim and I suspect it’s just another internet scam since the companies themselves say some people may be immune to the beats… yeah, right. I invite comments from the audio/bio geeks out there, but I’ll continue thinking that it’s a sign of alien life trying to communicate with our youth–and make a pretty penny in the process!