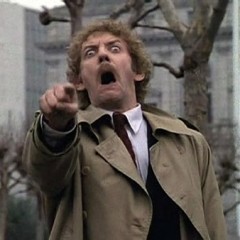 Unless you’re the one raking in money from the duped masses, chances are good that you don’t like spam. Estimates say that nearly 80-90% of all incoming e-mail these days is from spam senders. Thank goodness most of them haven’t learned to spell or our filters would be useless! Between infected computers, e-mail spoofing and the fact that nearly anyone can get a free e-mail account anyway, it shows no signs of stopping… and I’ve accepted that. Not that I want anyone getting duped, losing tons of money or in some cases traveling to a foreign country in the hopes of collecting an inheritance*, but at least I understand the spam methods. It’s an electronic con game, not as sexy as the ones portrayed in movies and tv shows, but a con nonetheless. It’s the same game played on AOL, MySpace, Facebook, just about anywhere that free accounts are available where they don’t ask too many questions… even twitter.

I don’t mean the obvious twitter spammers that mainly prey on those people using auto-follow services. They slap together a name + number handle, grab a photo from the net and boom, they’ve got an account that seems to be very free iPhone-centric**. Not hard to do, but very easy to spot–it also lets you know which of your friends are auto-followers, tsk tsk!

I’m talking about something new I’m seeing where an account tries–non-humorously–to impersonate a legitimate business that’s either already on twitter or–sometimes–isn’t yet. And oddly enough, from what I’ve seen, it’s restaurants. DC ones, for me, like Chef Geoff’s, Cedar and just today, The Front Page. My main problem is that I can’t figure out what they hope to gain. Sure they steal followers from the regular places and dupe locals that are trying to follow their favorite restos, but surely once they start tweeting spam links, people will catch on. And what’s worse is they don’t even try that hard, they just copy some text and a photo from the real restaurant’s website to create a bio and tweet some more copied text that barely makes any sense.

If they were impersonating celebrities, I’d get it, because they’d likely have tens of thousands of followers instantly who’d willingly click on their shared links before realizing they weren’t real. But these fake restaurant accounts*** are getting maybe 50-500 followers each and eventually–one hopes–vanishing when they get reported as spam. And maybe I have an over-romanticized view of con artists, as character Roy Waller says in Matchstick Men, “I’m not a criminal, I’m a con man. (The difference being?) People give me their money.” And in the internet age where false facts can travel just as quickly as true ones, people are still falling for confidence scams, except that they’re being tricked into passing along their confidence and trust to their online social circles.

I can’t figure out what these spammers’ game is just yet, but I’m telling ya, when people start complaining that their favorite “restaurant” on twitter stole their personal info in exchange for a non-existent discount or coupon, I won’t be surprised. 🙄

* But honestly, if people can’t figure out that they didn’t win a lottery they never entered or that they don’t have a hidden secret branch of their family tree, more the fool them. Legitimate advertisers and businesses prey on our “idiot moments” all the time, this is just taking it to the next level.

** Or iPad… or Bieber… or whatever gizmo/movie/band is hot lately.