the most wonderful time of the year 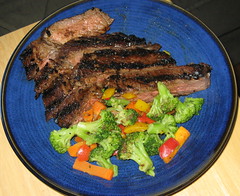 Forget the holiday song, it’s right now, as August makes its slow slide into the cool, crisp and brisk days of Autumn/Fall. I love finally being able to shut off the air conditioner, and actually wanting to leave the house more than a few times on the weekend. I don’t pay much attention to the forecast, so I had planned a day in, picked up some groceries and drink ingredients and searched through the Olympic broadcasts for the swimming and gymnastics events. I had never really seen Michael Phelps swim before, his skill is nearly unnatural but amazing. And the mens team qualifier for gymnastics made me wish for the death of sportscasters. Those athletes were giving amazing performances and all the announcers could talk about was how they nearly didn’t make the team and how they weren’t sure they were up for this. I would have put it on mute except that hearing the energy of the crowd in the arena was exhilarating.

Walking to metro this morning felt so nice, I was almost able to forget that it was Monday. Actually for a while it felt like Tuesday. There must be a name for that phenomena where you really do feel like it’s an earlier or later day than it is. I gave my mother a call this morning from the office to check on her. She e-mailed me that someone hit her car last Tuesday. She’s fine, the car is drivable, but the damage is about $4000 which sucks since she’s dealing with the other driver’s insurance company. I also picked my co-worker’s brain for nearby getaway spots. It’s very clear that I need a vacation, even if it’s only a long weekend and maybe the baby steps should be day trips. I’m still open to ideas and suggestions as I know nearly nothing about making vacation/travel arrangements, but I haven’t been anywhere in too long. It’s definitely time.